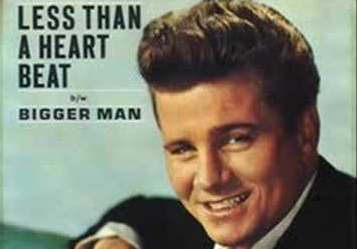 Johnny Burnette had several pop hits in the early 1960s. Today, Johnny Burnette is mostly remembered for a few sessions that defined rockabilly as an art form, indeed, as a new musical way of life

In August 14, 1964, 57 years ago, Johnny Burnette’s unlit fishing boat was struck by a cruise ship on California’s Clear Lake. The impact threw him out of the boat and he drowned.

Below are the 10 Greatest Johnny Burnette Songs:

The track appeared on Ricky Nelson’s 1959 album, Rick Sings Again and again in the In Concert at the Troubadour 1969. The song was recorded when Nelson was persuaded by the Burnette brothers after they came on his doorstep to meet him.

Johnny co-wrote this one with Dorsey and was released in 1958. The track reached number 18 on the US Billboard Top 100.

8 – Ricky Nelson- Just A Little Too Much

Written by Burnette and was a hit reaching number 9 on the Billboard and 11 in the UK’s chart. The song was released in 1959 as on of the tracks on the album Songs By Rick.

A cover song by Bill Monroe released in 1949. Burnette’s version was released in 1959 as the B-side to his single “Settin The Woods On Fire.”

Another cover song originally released by Hank Williams.. This song was one of Burnette’s songs that didn’t reached the chart in both US and UK.

Released on Burnette’s debut album as a solo artist in 1960. The song was written by Barry De Vorzon and Ted Ellis. It reached the number 11 on the Billboard US, and number on the UK.

Written by The Sherman Brothers, Robert  and Richard Sherman. The track reached number eight in the US and 3 in the UK. Later, the song would be recorded by Ringo Starr and was a number one hit in 1973.

The song was produced by Snuff Garret and written by Wayne Walker appearing on the 1961 album Johnny Burnette Sings. Many artists would later cover this song such as Paul Peterson, M.P.D Limited, and The Giants to name a few.

Co-written by John Dolan and Choco Holiday and was originally recorded by recorded by Holiday in September 1961, and after a month, Burnette would record his own version of the song. His version reached the Billboard at number 8 position. The song was part of Burnette’s Johnny Burnette’s Hit and Other Favorites.

This song was popularized by some of the legendary bands such as Aerosmith and The Yardbirds. This track was taken from the Rock n Roll trio days. Written originally by Tiny Brashaw releasing it in 1956.