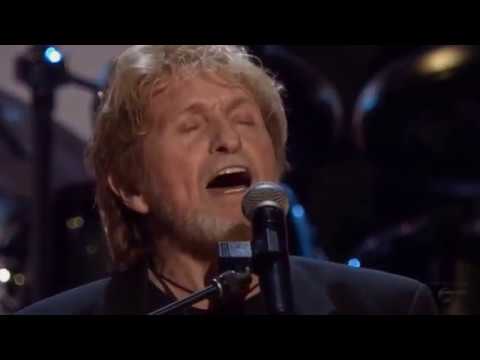 British symphonic or progressive rock band that lived its best moments in the seventies. The band was formed in the year 1968, when the British Jon Anderson (1944), Chris Squire (1948), Bill Bruford (1948), and Peter Banks joined to form the group. The first great moment of their artistic career was when they appeared as an alternate group at Cream’s farewell concert at the Royal Albert Hall in London.

Below are the 10 Greatest Music Videos From Yes’ Career

No Opportunity Necessary, No Experience Needed

As the truck rolls, Anderson makes the peace symbol and leans precariously on the hood; Bruford, who at one point is stripped shirtless, says stuff imperceptible from a megaphone. Yes mumbles the tune in a junkyard, which is as fine a place as any.

The video for “Everydays” is similar to Yes’ A Hard Days Night in that it follows the young men as they ping-pong between escapades. It’s unclear how the incidents are related, but their crazy day involves chilling out outside what looks to be a monastery, pulling funny faces beside some trees, and cruising in a boat with a nun across a waterway. You have to be there, one would think.

Paul Leleu directed this and the other Time and a Word advertisements for Belgian television. And he adds a happy spark and creativity to all of them, portraying the prog band at its most innocent.

Everything seems to be off: Howe is present, as he is in all the Time and a Word clips, despite the fact that he did not perform on the record. But this is still a joyful mood, with drummer Bill Bruford actually posing for the lens.

Owner of a Lonely Heart

Each band member (save Kaye, who was not there at the time) transforms into an animal: Anderson becomes a bird, Squire becomes a snake, Rabin becomes a lizard, and White becomes a cat. A guy is approached on the street and tortured by animal memories; he flees a struggle onto a rooftop, wherein he encounters the band — just to leap off among the chaos.

Anderson’s face drifts in over the top of the instrument, and soon, all of the members of the band emerge between the notes. Finally, Wakeman gets up and offers a nice bow – but who’s observing? An unidentified individual taps their palm on a seat arm, showing a Yes ring.

Various directors have various styles: some put the words into motion, whereas others shoot the group doing their stuff, and yet others simply utilize the technology to produce strange things. “Rhythm of Love” is a fantastic example, with David Lynch-style crimson drapes, alarm clocks with feathers, stop-motion birds, and Anderson’s visage singing in a kind of shadow to a lady in undergarments.

Yes videos tell us of how bizarre rock attire was in the 1980s. This group is among the most disjointed for “It Can Happen”: Anderson in a bow tie, White in leather trousers, Squire outfitted like some kind of glamorous Warrior, and everyone is wearing makeup.

Squire, dressed in a zebra-print shirt, puts in some bassline chops, as Horn sings the Drama song from full display while wearing giant glasses. Howe, dressed in a sleeveless romper, appears to be painting homes or some such.

White begins this genuine live footage by hitting the open hi-hat and snare with one of rock’s finest intimidating drum looks. The intensity level remains solid overall, with a spiky-haired Squire squeezing in some hard bassline stuff amid applause from the fans.