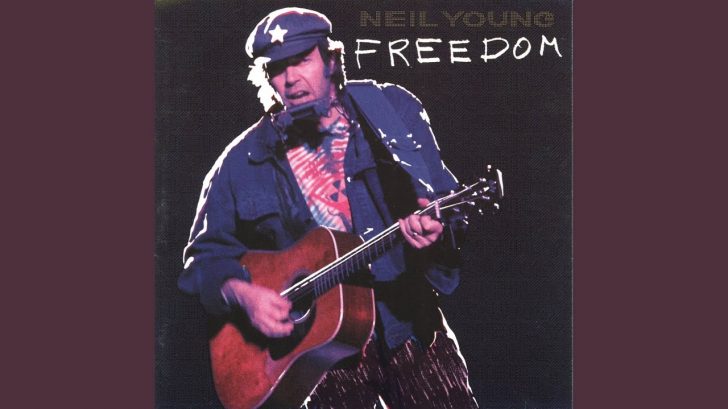 All the songs in this list seem legendary, but we have made an effort to rate them from low to high. And it has not been easy. Below are the 10 Greatest Patriotic Classic Rock Songs About The U.S.A:

Simple and direct words, sparse and essential cover. This is how one of the best US-branded records ever made, by one of the last groups that filled American stadiums in the 1980s, presents itself.

Twenty years old was Brian Wilson when in the first quarter of 1963 he released this Surfin ‘USA of his Beach Boys. The song describes one of the kindest and laziest faces in America, as it is an ode to the beach celebration.

How could it be otherwise, the creator of rock and roll also has a great song with ‘USA’ in the title. Berry is dedicated to glossing over the virtues of his country. He composed this Return to America in 1959, after being on the road for some time.

Generations go by, and as a concept, America continues to be fascinating and engaging. Compositions such as this one by Paul Simon published in 1968 on the fourth album of his duet with Art Garfunkel have decisively contributed to this idealization.

Five months after their debut, they already recorded their second album, an unfinished concept piece by Steve to this day, entitled Sailor. Glyn Johns again in production, this time at the new eight-track Hollywood studios. There’s already “Living in the USA,” a high-octane critical song about America.

5. “Remember the Heroes” by Sammy Hagar

With ‘Three lock Box’ (1983), Sammy Hagar accentuated bright and melodic sounds, with songs like ‘Remember The Heroes’. A song about American soldiers.

With the presence of people like Rickie Lee Jones or Ry Cooder in the credits and the emblematic song ‘R.O.C.K. in the U.S.A. ‘, the band eventually climbed to number 2 on Billboard with their album Scarecrow.

3. “Rockin’ in the Free World” by Neil Young

Vigorous composition turned into a battle song for countless musicians who sing it in their live shows, “Rockin ‘in the Free World” presents lyrics highly critical of the American social system and particularly of the Reagan and Bush senior era policies.

He performed for almost two hours with 16 songs from his repertoire during Woodstock 1969, but the one that stood out the most was his interpretation of the official anthem of the United States, “Star Spangled Banner”, the stars and stripes flag, in a guitar solo of more than four minutes.

The ultimate southern rock group, fusing the saturated power of blues-rock with a rebellious Southern image and the arrogance of hard rock. With Red White & Blue the band showcased a poetic song in its rawness.