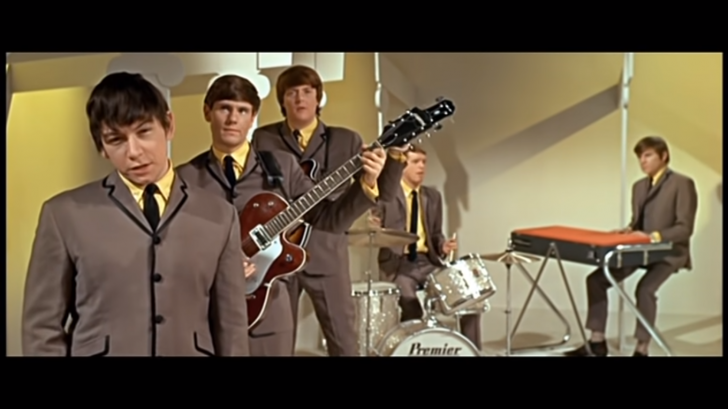 New Orleans has a rich musical heritage, with its distinct blend of Southern and Creole culture producing music unlike anything else found just across the state line. New Orleans is known for its music, which ranges from jazz to blues, soul to zydeco, and these 10 songs should be on every essentials playlist.

The Animals – “House Of The Rising Sun”

“House Of The Rising Sun” is an English folk ballad that has been covered by a slew of singers. Its beginnings are similar to those of “St. James Infirmary Blues.” The Animals from the United Kingdom, on the other hand, made it a smash, and their version sets the infamous House of the Rising Sun squarely in New Orleans.

Tom Waits – “I Wish I Was In New Orleans”

“I Wish I Was In New Orleans,” a chord ballad from 1976’s Small Change, precedes Tom Waits’ shift toward the Weill- and Beefheart-inspired genius we know today, and is thus a rather basic song.

Paul Simon – “Take Me To The Mardi Gras”

“Take Me to the Mardi Gras” isn’t the most well-known song on Paul Simon’s There Goes Rhymin’ Simon; that honor belongs to the album’s opening, “Kodachrome.” Nevertheless hang around for a few songs and you’ll get this touching ode to “the city of my dreams,” where “the people sing and play,” as he describes it.

Allen Toussaint’s signature song, “Southern Nights,” was inspired by time spent on the front porch of his New Orleans house with his Creole family. It’s a vivid and gorgeous description of a Louisiana setting, but it’s made a little more trippy with a touch of weird vocal effects.

Zydeco is a distinctively Creole form of music that has been a mainstay of New Orleans music for over a century. And this bluesy homage to New Orleans, which features his accordion skills over a soulful, accessible rhythm, is a wonderful example of why.

“Louisiana, 1927,” maybe Randy Newman’s most hauntingly beautiful tune, is a ballad inspired by the Great Mississippi Flood of 1927, which left 700,000 people homeless. It runs the spectrum from grief to mockery, showing detailed descriptions of the river’s devastation in one verse and setting up a caricature of President Calvin Coolidge in the next, who observes, “Isn’t it a shame what the river has done to the poor cracker’s land?”

“Johnny B. Goode” is a quasi song about Chuck Berry’s own climb to rock prominence. A few essential details are changed in “Goode.” Berry was born and reared in St. Louis, not “deep down in Louisiana close to New Orleans,” as he claims.

It’s no surprise that the Big Easy is a hotbed of decadence, and while Led Zeppelin’s most famous story of sexual mishaps took place in Seattle, the events depicted in “Royal Orleans” come in a close second.

Another well-known song that alluded to New Orleans’ seedier side is “Mr. Jerry Jeff Walker stayed overnight in a New Orleans jail for drunkenness, where he encountered a homeless man who dubbed himself Mr. Bojangles, and thus “Bojangles” was born. The song’s protagonist, who is not Bill “Bojangles” Robinson, is a down-and-out vagabond who is mourning the loss of his lone buddy, his dog. The emotional weight of the song – not to mention its superb melody – generated a long list of cover versions by everyone from Bob Dylan and The Nitty Gritty Dirt Band to Sammy Davis Jr. and William Shatner, among others.

Traditional – “When The Saints Go Marching In”

“When The Saints Go Marching In” originated as a gospel music created by Luther G. Presley and Virgil Oliver Stamps in the early 1920s, and has since become a strange paradox of a song. Nonetheless, it’s been popularized as a hot jazz number by a long list of artists, many of whom hail from New Orleans, including the Preservation Hall Jazz Band, which in the 1960s imposed a $5 fee for each song request due to the song’s popularity and their own exhaustion from playing it so many times. It’s since become a standard in New Orleans funerals, accompanying the casket to the cemetery as a dirge and then switching to a more upbeat version after burial, almost as if it were a hymn.