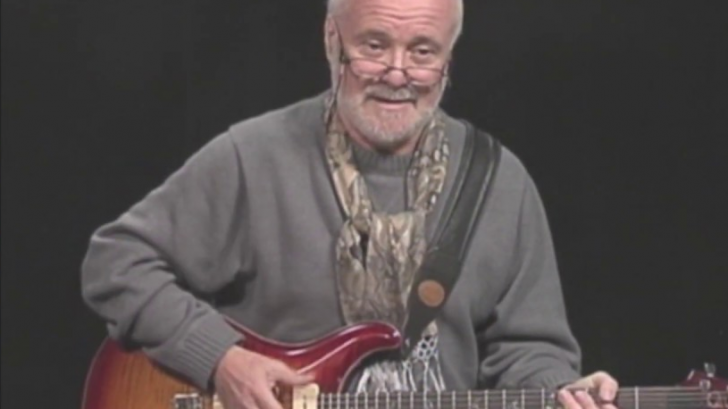 Rock is fertile ground for fights and feuds. For old loyalties to dissolve into a chorus of irreparable public grievances. Giant egos corrode friendship, camaraderie, creative spirit, and even the possibility of doing good business. Below are the 10 Incidents That Made Band Members Finally Quit:

Noel Gallagher, the main composer, and guitarist of Oasis left the group due to the terrible relationship he has with his brother Liam Gallagher, vocalist of the formation. “With some sadness and great regret I tell you that I am leaving Oasis” Gallagher, at 42, wrote on the official Oasis website. Gallagher, who was supposed to perform with the band at a Paris music festival in 2009, canceled the concert at the last minute due to a fight with his brother, according to the event organizers.

During the decade of the 50s until the first half of the 60, they participated in tours with stars of the stature of Chuck Berry or Buddy Holly. With the arrival of 1964 and the so-called “British invasion”, the music of the Everly Brothers was being relegated to the background, causing their separation. In 1973 the Everly Brothers duo split. So many years of joint production, tours, performances took a toll on the relationship between them, to such an extent that for a decade their contact was null except at their father’s funeral.

Joan, Lita, Cherie, Sandy and Jackie. Five teenagers, who only wanted to play in a band but who changed the history of rock. The Runaways’ passage through music was brief – from 75 to 79 – but it was also intense, brave and cheeky: something that can be summed up in sex, drugs, and Rock ‘n’ Roll. The band officially disbanded in 1979, due to internal and external problems. There was a lot of criticism from the American press, who were not prepared to see teenage girls with attitude, who wrote and played their own songs and their own instruments. There were also internal problems. of constant changing of members, and rock sub-genre to be followed. Joan Jett, guitarist base preferred punk, while Lita Ford preferred Heavy Metal. The band broke up but left the main message that women can rock.

“Anarchy In The UK” was their first and only single on EMI – a label from which they were expelled for their continuous scandals – and also the only one on which Glen Matlock collaborated, who was replaced by a character named John Simon Ritchie, aka Sid Vicious (born May 10, 1957, in Lewisham, London). Johnny Rotten said the reason why Glen Matlock left was that he never liked the lyrics of‘God Save The Queen’ and that he “couldn’t handle those kinds of lyrics. He claims that it labeled them as fascists.” On the other hand, Matlock claims he was “sick of all the bullshit”.

The British trio The Police made up of Sting (vocals), Andy Summers (guitar), and Stewart Copeland (drums) throughout their career they sold more than 50 million copies of their albums, being one of the most influential bands of the seventies and eighties. The Police fused punk with reggae rhythms along with intricate arrangements to gain popularity around the world before breaking up in 1984. Sting had a successful solo career, while Copeland and Summers also stayed in business, recording and orchestrating music for the Movie industry. Allegedly, Sting destroyed his relationship with Copeland and guitarist Andy Summers. Sting stated that they never had anything in common and “left” the band to pursue a solo career.

During the ’90s, Rage Against The Machine was one of the groups most committed to political activism in the United States and, why not, in the world. Unfortunately for their fans, the members of the Los Angeles quartet began the new millennium by announcing the decision that they would go their separate ways after four studio albums together. Invited to Lars Ulrich’s Its Electric program, guitarist Tom Morello spoke about the reasons for Rage Against the Machine’s split and why the group did not record material on their comeback between 2007 and 2011. The guitarist said that there were disagreements with Zack de la Rocha, Tim Commerford, and Brad Wilk that prevented them from continuing to play live and meeting in the studio to record more albums.

Let us remember that Tom DeLonge left the band in 2015 to dedicate himself 100% to the investigation of UFO phenomena and extraterrestrial life, something that both Travis Barker and Mark Hoppus took the wrong way since both musicians were notified of this decision via email. when they wanted to start working on a new Blink-182 album with DeLonge. From there, the band filled the space left by DeLonge with the guitarist and singer Matt Skiba, the musician with whom they recorded the album California in 2016 and with whom they plan to release a new album in the coming months. It’s more! A few days ago they released their first single: “Blame It To My Youth”.

Between the Hotel California album and the next they went on tour, and it is here that the events that lead to the departure of Randy Meisner from the group take place. And all for a song that he wrote himself, Take It to the Limit. He was tired of singing that song and at one point he told his teammates that he would not sing it anymore. Glenn tried to make him see reason by arguing that he, for example, did not like singing Take It Easy, but he did it because he understood that there were people who had been waiting for years to hear that song live. It was of no use. The conversation ended with Glenn telling him that if he was tired and didn’t want to sing it, to leave the group directly. One of the concerts of the tour arrived and, with it, the moment of Randy’s song, which on top of it came with a few too many drinks, after having been at a party. Again he refused to sing the song; Glenn asked him nicely several times, but it was impossible to convince him. At one point the tension was so high that the police even had to intervene. And that’s when Randy even yelled at them. And this was the end of Randy. He was replaced by Timothy B. Schmit., A member of Poco.

Although the most stable and well-known line-up is made up of Lindsey Buckingham, Stevie Nicks, Christine McVie, her ex-partner John McVie and Mick Fleetwood, another half dozen musicians have passed through Fleetwood Mac. Founder Peter Green left because of acid disorders, Bob Welch committed suicide, and Bob Weston was fired after Mick Fleetwood discovered he was romantically involved with his wife. Weston died at age 64 at home from a hemorrhage. He suffered from cirrhosis. Curious was also the departure of Jeremy Spencer, guitarist and co-founder of the group. During a tour in 1971, he disappeared mysteriously and without saying a word to his companions at the hotel where they were staying. After searching eagerly for him, they discovered that he had suddenly left to join a religious sect, with whose followers he later began his career as a solo musician. Today he is inducted into the Hall of Fame. Fortunately, as a member of the Fleetwood Mac.

Korn Guitarist Brian “Head” Welch left Korn in 2005 because “he had chosen the Lord Jesus Christ as his savior, and he will dedicate his musical pursuits to that end.” Welch eventually began appearing here and there as a special guest with the band in 2012 and 2013, eventually rejoining in 2013. Korn guitarist Brian “Head” Welch has professed that he “went too far” with Christianity after becoming a born-again Christian in 2005 and leaving his substance abuse problems behind. In fact, Welch compared his obsession with religion to his addiction to drugs, and spoke about his experiences in a recent appearance on the No F ** kin ‘Regrets with Robb Flynn podcast, hosted by the Machine Head frontman. Welch left Korn in 2005 after being sober and became a born-again Christian. Shortly after his departure from the band, Welch was baptized in the Jordan River in Israel wearing a white robe similar to that of Christ. He told MTV News at the time that he decided to get baptized in the river after receiving a divine message. Head would return to Korn in 2013.