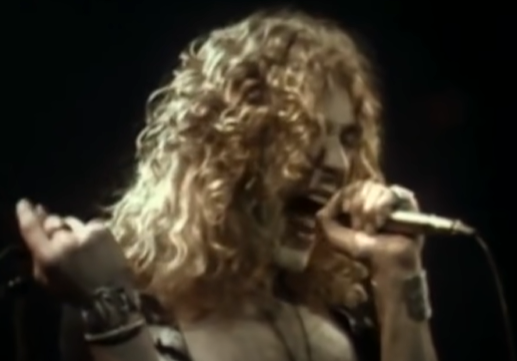 In a song, you can fall into plagiarism when using a certain sequence of chords. Any resemblance to reality is not pure coincidence. Since music is music, plagiarism, fraud, theft, and deception are commonplace. Rock music is a jungle full of traps and mirages; It is up to us, long-suffering listeners, to unmask them and be attentive so that they do not give us a cat for a hare or bandurria for a guitar.

Both are classic, but The Doors’ guitarist Robby Krieger disputed that his group imitated the chord-driven riff of the 1964 Kinks’ All Day And All Of The Night. It was the Kinks’ music publishers that discovered these two songs were very similar. And the UK courts think so as well. Though, in 2014, Kinks’ Ray Davies stated that an out-of-court arrangement had been attained.

Tom Petty and Jeff Lynne have been credited as co-authors of the song ‘Stay With Me’ by Sam Smith, for its resemblance to the song composed by both ‘I Won’t Back Down’. Although the information that reached us spoke of a lawsuit, Petty denies it in a statement, assuring that it has been an amicable agreement. Comprehensively, he describes the similarity between the two songs as a “musical accident.”

Satriani’s lawsuit, filed for copyright infringement in federal court in Los Angeles, contends that Coldplay’s song Viva La Vida incorporates “substantial original portions” from his instrumental song If I Could Ffy (2004). included in the album Is there love in Space ?. The court for the Central District of California has dismissed the lawsuit brought by guitarist Joe Satriani against the British group Coldplay for plagiarism.

“Whole Lotta Love” (1969) is one of the indelible rock classics that would not have existed without “You Need Love” (1962), from the blues, legend Willie Dixon who wrote the song for Muddy Waters. This is an uncredited adaptation. In the 1980s, Dixon filed a lawsuit against Led Zeppelin, who, in an out-of-court settlement, added his name to the songwriting, entitling the band to royalties. It draws attention: melody and vocals are very similar to those of “Whole Lotta Love”.

This was an awkward time when John Fogerty was sued for ripping John Fogerty. For much of the 1970s and 1980s, John Fogerty refused to record new music for contractual reasons, even refusing to perform his old Creedence Clearwater Revival songs. He blamed all this on the mistreatment of Fantasy Records boss Saul Zaentz and took legal action.

This bizarre case caught the courts’ attention but was resolved out of court. The primary song in question was recorded on a concept record named Seven Dreams, the second tune in question was part of the ‘Second Dream: The Conductor”. When the verses of the two classics were examined, there is no doubt that they are smacking relatives.

Originally released in 1997,? The track is one of the essential classics of the Britpop era in particular and the 1990s around the world in general, and the song that led the Richard Ashcroft-led combo to popularity. The Rolling Stones voluntarily returned Bitter Sweet Symphony’s authorship credits to its rightful owner, The Verve, after receiving benefits for the song for the past 22 years. The lawsuit by former Rolling Stones manager Allen Klein, which relied on the sampled use of the orchestral arrangement of his song The Last Time, forced Ashcroft, as the author, to give 100 percent of Bitter Sweet royalties. Symphony to Mick Jagger and Keith Richards

For his writing, Lennon was openly inspired by one of his favorite singers Chuck Berry, specifically in his song “You Can’t Catch Me”, of which he kept some lines. This is how “Come Together” ended up being the subject of a plagiarism lawsuit in 1973 by Chuck Berry’s editor against the Beatles.

The album released at the end of 1970, reached the first positions of the musical rankings. However, five years later, the ghost of a song from the 60s put an end to the party of the former fab four. Unfortunately, Harrison would get in trouble for the similarities between “My Sweet Lord” and a different song: “He’s So Fine” by The Chiffons. According to AllMusic and Stereogum, the publisher of “He’s So Fine” – Bright Tunes – sued George for copyright infringement. Because George and the song’s producer, Phil Spector, were working in the music industry when girl groups like Chiffons were at their commercial peak, it seems possible that they were inadvertently influenced by “He’s So Fine.”

A very well-known case within the industry was the song Creep (1993) by Radiohead. One of the best-known cases involved The Hollies and Radiohead. But other artists of recognized prestige have also been accused of committing this type of crime and, in many cases, have had to deal with the relevant consequences. In turn, Radiohead was denounced for plagiarism when publishing his song Creep. The music group The Hollies denounced them in their day because they said that Creep was too similar to their song The Air That I Breathe (1989).