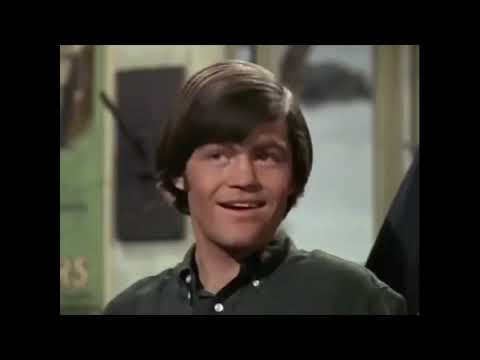 Micky Dolenz is the son of actor George Dolenz, who had the lead role in the 1956 TV series The Count of Monte Cristo. At the age of 10, Micky Dolenz played the role of Corky in the 1956-1958 TV series under the pseudonym Micky Braddock Circus Boy.

He had supporting roles in 1960s shows like Mr. Novak (Peyton Place), but it wasn’t until 1966 that he auditioned for The Monkees, achieving worldwide fame, particularly in the 1960s.

Despite initially having no musical training with percussion, Dolenz auditioned for the comedy show The Monkees in 1965, which was developed by the Screen Gems network and later NBC. There was no drummer or lead vocalist at the time, so after a few tests and some lessons to make his performance believable, he landed the role, aided by his contacts with the television company. Interestingly, he learned to play with his right hand and left leg with great skill.

The show as such ran from 1966 to 1969 with high audience ratings, although the band officially disbanded in 1970.

In later years, during the 1970s, he only appeared on guest shows. It wasn’t until 1986 that The Monkees got together, and got a career resurgence.

He has also appeared as himself in shows like “Sabrina the Teenage Witch” and movies like “The Brady Bunch Movie” and its sequel.

Below are the 10 Monkees Songs With Micky Dolenz’s Magic:

Written by Tommy Boyce and Bobby Hart, the duo’s contributions were invaluable to The Monkees’ career. This track was recorded at RCA Victor Studio B in Hollywood on July 25, 1966, and was released on Aug. 16.

Another song composed by Boyce and Hart, this track opened The Monkees’ second album – titled More of The Monkees.

Once again written by Boyce and Hart, but it was intended for The Raiders and they were the ones who initially released it on their 1966 album Midnight Ride.

This song was inspired by the party thrown by the Beatles when the group visited the UK in February 1967. The song talks about Cass Elliott and Samantha Juste, future Mrs. Dolenz who were also in the party.

Written by Michael Nesmith featuring the vocals of Micky Dolenz where he showcased his brand new Moog synthesizer.

The last written song by the duo Boyce/Hart in this list. This track was included in their album, The Birds, The Bees and The Monkees.

A song named after Dolenz’s cat. “That was my little attempt to do ‘A Day in the Life’ or something,” said Dolenz

Released on their album, The Monkees Present, but it never made its way to the chart. However, Micky’s magic is present on this song.

This was included in their reunion album Pool It. The track was not a commercial material but it was a reminded that Dolenz was still a force.

A bonus track on the Monkees’ 2016 reunion album, Good Times! Dolenz’s voice in this song aged like a fine wine. The more he aged the more filled with his magic.