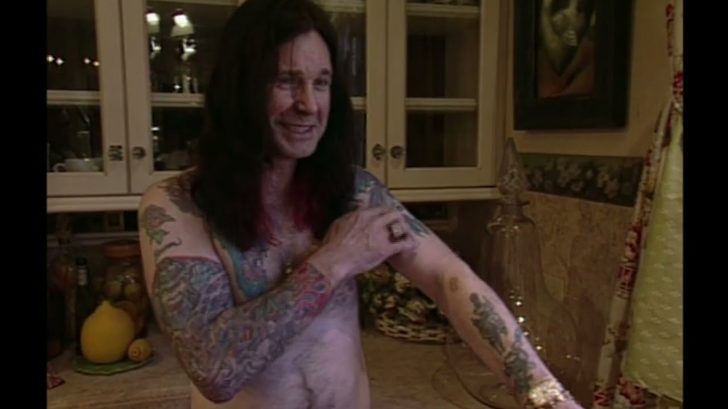 It’s nothing new for Pamela Anderson to be in the spotlight, and of course, she’s familiar with the hype that Hulu’s miniseries Pam & Tommy has caused. Building a good image takes a lifetime, but destroying it takes only a few moments. Let Pamela Anderson say it, who from one minute to the next began to live a nightmare due to the leak of a homemade porn video that the star of Baywatch starred in with her then-husband, the drummer of Mötley Crüe, Tommy Lee. But that’s not the only interesting story that we want to see, we also want to see other rock and roll stories turned into TV shows.

Below are the 10 Out Of This World Rock Stories We Want As TV Shows:

The Rolling Stones with Brian Jones

On February 28, 2022, Brian Jones, the founder of the Rolling Stones would have turned 80 years old. A musician, a spirit, a visionary that although many people have a hard time believing it according to what Mick Jagger and Keith Richards have meant in the Stones for many years as leaders and as engines of the group, back in 1961-62.

He was the one who shaped the group, who gave it its name, who was its true musical leader, and who made it possible for them to reach fame, despite their unstable character, their conflicted personality, and their stormy private life.

In an interview published in March 1966, Lennon said “we are more popular than Jesus” and spoke of the extinction of Christianity. The phrases aroused strong criticism in the United States: more than 30 stations stopped playing songs by the quartet from Liverpool.

Two and a half years earlier, Beatlemania had been unleashed, a never-before-seen craze that would change pop culture forever. The relationship of young people with their idols would no longer be the same. In that period the Beatles continued to grow. Not only in terms of popularity and financially; their artistic evolution was unstoppable: they were also changing popular music forever.

But in August 1966 something changed. In the United States, while the Beatles toured the country giving recitals and presenting Revolver, a movement was generated that was the opposite of Beatlemania, a wave of repudiation, pickets, protests, and even bonfires with their records and posters. That reaction – unthinkable time before – was provoked by some statements by John Lennon. History remembers it as the crisis Lennon provoked with his comparison: “We are more popular than Jesus”.

“Ah-ha-ha. Ever get the feeling you’ve been cheated? Good”. In this way, Johnny Rotten said goodbye to the audience gathered at the Winterland, in San Francisco, on January 14, 1978.

The last time that the Sex Pistols performed live was until their return to the stage was in 1996. A point and end of their first, and only, American tour that took ahead of the flagship group of the punk phenomenon that was sweeping the United Kingdom. It wasn’t as chaotic as the 1976 Anarchy In The UK Tour, but it killed them nonetheless.

The tour ended with Rotten leaving within days of their final show; Sid Vicious definitely falling into the arms of the heroine; while Steve Jones, Paul Cook, and Malcolm McLaren recruited a fugitive from justice like Ronnie Biggs as a vocalist, as we told you in the article From the robbery of the century to Sex Pistols singer, in his last attempt to keep the Sex Pistols alive.

Black Sabbath kicked him out after releasing Never Say Die, replacing him with Ronnie James Dio, the former Rainbow singer. He spent some months abusing drug use, but with the support of his wife and manager Sharon, he decided to start a new group; he recruited Randy Rhoads, Bob Daisley, and Lee Kerslake and formed The Blizzard Of Oz.

In 1981, the first album of this new Osbourne project was released, with the title of Blizzard Of Oz, and with a style very similar to that of Black Sabbath, both in lyrics and music. Crazy Train, one of the singles taken from the album, helped the full-length climb to number 12 in the UK charts, and nearly crack the top 20 in North America.

The first line-up changes took place from then on; Daisley and Kerslake left to be replaced by Tommy Aldridge and Rudy Sarzo, just before the release of the group’s second album, Diary Of A Madman. This second album outsold its predecessor and entered the US charts strongly, greatly increasing Osbourne’s fame.

Two days after the classic lineup performed at the Troubador, on June 6, 1986, the band left for their first tour, The Hell Tour. After the first show in Seattle, all dates were canceled.

The van where the musicians were traveling broke down and the band ended up hitchhiking back home, this incident was the inspiration for the lyrics of Paradise City. As the “tour” didn’t work out, Guns N’ Roses returned to Los Angeles and continued rehearsing.

Their “home” on Sunset Boulevard became known as The Hell House. There they lived, sold drugs, and even picked pockets to survive. As they didn’t have much money, they lived on cheap wine and biscuits.

In Aerosmith’s 50+ year history, the band has had time to live through a few things, including plenty of bad times. Drugs were to blame for many of them. Adapt or die. That seems to be man’s watchword in recent times: having to accept the different changes that develop in their environment in a forced or natural way and find a way to live with them, or invariably become a disposable piece of the great gear of life.

Now, adapting to changes is something that can be done by more people than we think; it is something simple in some sectors, even. The real difficulty lies in balancing on the sharp razor of identity and not losing those characteristic elements that make that person be himself; Permanent Vacation enters the scene, the glorious return of Aerosmith to the great musical arena and that they should never have abandoned to make us understand the nature of the adaptation.

The 1987 album is a highly renowned work, discussed and loved among fans of the Boston band. Renowned because it sold a high number of copies, positioning them among the greats of the moment after almost a decade in the dark, something that doesn’t sit well with musicians as good (and cool, it must be said) as these; discussed because for many fans of the band it meant the beginning of the end and the exact point where they entrusted themselves to “showbiz” to save their careers; and loved because, plain and simple, it’s damn good.

Permanent Vacation is all of these things and much more; It is a turning point in the trajectory of the group and Aerosmith would never sound like the 70s again after the completion of this work. Like it or not, it is the hinge that divides the group’s catalog and symbolizes a before and after in the way of composing; If you don’t believe me, Tom Hamilton himself, the band’s bassist, admits in the group’s official biography that “we had to examine our entire songwriting process and restructure it.” There is nothing particularly wrong with that phrase -experimenting and changing is part of the artist’s life-, but it is the how that bothered many followers and even provoked the anger of the most unrepentant. But everything has its reason and we are going to analyze it.

The Development of Grunge Genre

Kurt Cobain, Chris Cornell, Eddie Vedder, Kirst Novoselic, Mike McCready, Stone Gossard, Matt Cameron, Dave Grohl, Kim Thayil, Ben Shepherd, and Pat Smear. Well-known names for all of us who love music and, above all, grunge, that sound that comes from a cold and almost forgotten city in the northwest corner of the United States.

The history of Nirvana, Soundgarden, or Pearl Jam, is well known to all. Three bands paved the way for many others with fierce lyrics and guitar distortions that expressed the discontent of a generation that had left adolescence behind and felt that it did not fit into the capitalist patterns of the adult world.

Metallica’s Making of ‘The Black Album’

When the album was released, the original name was “Metallica”; later it was changed to “The Black Album” because the cover was a simple black background with the name of the band.

On the album there was not only a change in the tone of the band’s songs, which until then had been distinguished by maintaining the traditional and powerful sound of thrash metal but there was also a stylistic transformation, the one that made them famous in the ’80s; the one that made its fans leave aside white shirts for black ones, defining the style of a new generation of rockers.

At that moment “The Black Album” arrived, with a hard-rock tone, a little stronger but with much more melody than their previous works.

The Murder Case of Mia Zapata

29 years have passed since the violent death of the singer of The Gits, who was 27 years old and who mobilized large gangs in search of the clarification of her femicide. They found her dead in the street, strangled with the laces of her shirt. It was the summer of ’93 and Mia Zapata was 27 years old, a whole life ahead of her and a career behind her.

On the afternoon of July 6, Mia had gone out for a drink with her friends in Seattle, the city where she had come to settle with her bandmates, The Gits. After midnight, she went out to find her ex-boyfriend, Robert Jenkins, headed to a rehearsal room near the bar, from there to a friend’s house. At 2 in the morning, they lost track of him. No one else would ever see her alive again.

The 80 minutes after Mia leaves the building is a mystery. The truth is that around 3:30 in the morning, a prostitute who was walking nearby came across Zapata’s body on a deserted street. The doctors arrived immediately and tried to revive her, but it was too late. His bandmates found out the next day, called the hospital, then the police, and ended up in the morgue.

When talking about Nü Metal, it is inevitable not to talk about Korn, who have established themselves within the genre and for their fusion with other musical styles that range from hip-hop or a game with electronic music. Within the conversation, one cannot fail to mention Jonathan Davis, who we now see very happy, however, he has some tragic life stories. Korn’s songs have allowed us to see a little more about the definitive version that Jonathan Davis made of himself because his stories and curiosities have shown us the genius of this musician who clings to life despite the fact that later his lyrics say the opposite.

He received constant criticism for being different, but the people he hated the most were his parents’ partners. His stepfather is known to have beaten and insulted him, and even destroyed his drum set. Although he went to live with his father to escape the violence, his stepmother gave him irritating things when he was sick or burned him with cigarettes.