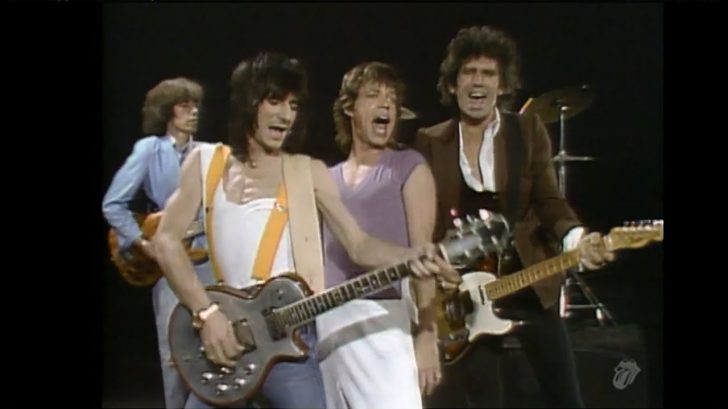 We all have a name, one or two words that identify us and place us within society. Some are simple, others compound. There are those who change it and some who add others. Names not only give us identity but they can also define us as people. Below are the 10 Rock Bands And The Songs They Got Their Name From:

Originally the band led by Thom Yorke was called On a Friday because Fridays were the days when they met to rehearse, but when they finally signed with the EMI Music label, they decided to change their name to Radiohead in honor of the rock band from New York, Talking Heads, and their song Radio Head.

Godsmack – ‘Godsmack’ by Alice in Chains

The alternative rock band of the 90s, led by the talented Sully Erna takes its name from the song God smack, from one of the most influential grunge groups of the decade: Alice in Chains. Something inspired by a Layne Staley creation can only be good, right?

The Kooks – ‘Kooks’ by David Bowie

David Bowie was the inspiration for this Britpop band, well it was actually the song Kooks, which Bowie wrote for his son Duncan in 1971.

Inspired by the Iggy PopDum Dum Boys song and The Vaselines Dum Dum album, a tribute from the all-girl band leader, which started as a bedroom recording project, Dee Dee Penny to both Iggy and The Vaselines.

This indie band from Washington doesn’t have an original cool name? Well to be frank it is a bit cool, and who if not an indie singer was going to call his band a song by another band called The Bonzo Dog Doo-Dah Band.

This British heavy metal band marked the music scene of the 70s and 80s, becoming the influence of many of the groups that were formed in those years, marking the innovative and rebellious spirit of their genre. Its name comes from the well-known Bob Dylan song The Ballad of Frankie Lee and Judas Priest.

Panic! at the Disco – ‘Panic’ by The Smiths

Although the inspiration in a song comes only with the Panic, which is the subject of The Smiths on which the name of this emo band formed in 2004 is based, it is enough to include it, mainly because of the nonsensical exclamation mark that it carries, At first glance, it seems wrong, perhaps it is to differentiate the inspiration from the rest.

Inspired by the Bing Crosby song sweet and emotional ballad, Deep Purple. It was an instrumental score for piano written by Peter DeRose in 1933. The song was one of Ritchie Blackmore’s grandmother’s favorite songs.

When Mick Jagger and Keith Richards first got together to make music they were known as Blue Boys, however, when asked the name of the band for an interview in the Jazz News newspaper, guitarist Brian Jones said they were called The Rolling Stones, for the Rollin ‘Stone song by Muddy Waters, from a record that was lying on the floor.