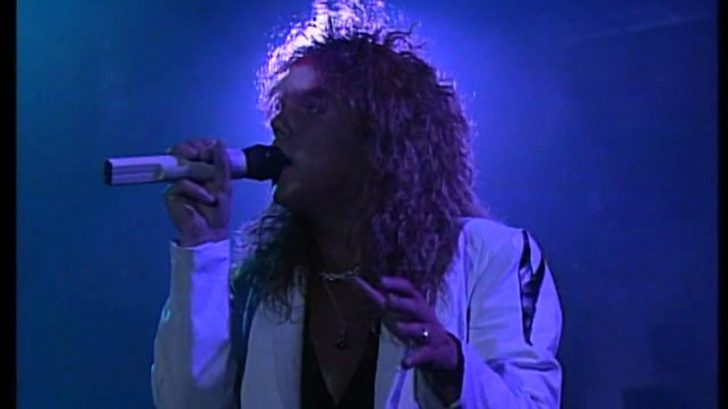 What would rock and roll be without its ballads? Each and every one of the songs that we have compiled for this list has its history, they are based on some hard moment of the musician or they are simply dedications with music.

In 1988 “Every rose has its thorn” was released, the third single from POSION’s “Open Up And Say … ahh” album. This song is undoubtedly the most famous of the American hard rock group, with which the band reached the first position on the Billboard 100 chart for 3 weeks in a row. Singer Bret Michaels says he wrote it after realizing his girlfriend at the time was cheating on him with someone else. Bret realized this when he telephoned her at home and a boy answered.

The formation led by the charismatic Jon Bon Jovi released in 1994 “Always”, one of their most successful singles in their catalog with more than 4 million copies sold throughout the globe. Bounced on his compilation album “Cross Road”, BON JOVI wrote the theme for a movie, which didn’t work out well. Later, a friend of Jon’s found it on a shelf and suggested that he include it in the compilation.

The Swedes EUROPE included on their third studio album “Carrie”, a power ballad that was an almost instantaneous hit, reaching the third position on the US Billboard chart. “Carrie” was the fourth single from the album “The Final Countdown”, one of the highest rated of his career. Vocalist Joey Tempest wrote this sad song remembering his girlfriend who died in a car accident. In the lyrics, Joey says goodbye to her and tells her that they will meet at some point.

Composed by Axl Rose, “November Rain” is the first single from the album “Use Your Illusion I”. Although Axl began writing the song in 1983, it was not until 1991 that it saw the light. Ranked in the 5th position of the 1000 best songs of all time according to Q Music magazine and in the 2nd position of Billboard, this is undoubtedly one of the most popular ballads of the American group and rock in general. “November Rain”, the second part of a supposed trilogy made up of “Estranged”, “November Rain” and “Don’t Cry”, is inspired by a complicated love story.

AEROSMITH recorded for the film starring Bruce Willis “Armageddon” this ballad, becoming immediately after the premiere of the film one of the best known songs of the American group. Composed by Diane Warren, “I Don’t Want To Miss A Thing” reached the top position on the US Billboard 100 chart for four weeks and was nominated for the Oscars in 1998. The song is inspired by a few words said by James Brolin during an interview when he spoke of Barbara Streisand and he missed her: “I Don’t Want To Miss A Thing.”

One of the most hooligan groups in rock were able to create one of the most beautiful ballads in history: “Without You”. The subject in question is included in his 1989 album “Dr. Feelgood” and was released as the third single from the album in 1990. “Without You” tells the love story between drummer Tommy Lee and his then-girlfriend Heather Locklear.

The British WHITESNAKE recorded this ballad for their seventh self-titled album. The song, written by David Coverlade and guitarist John Sykes, is one of the band’s best-known songs, originally written for Tina Turner. Upon release, the single became a hit, reaching the highest positions on Billboard and the UK charts. The song in question talks about seeing someone who was once by our side walk away and realizing that you don’t know what you have until you lose it. In this case, Coverlade acknowledges that she is losing the only true one in her life.

3. METALLICA – “Nothing Else Matters”

METALLICA released in 1992 one of its best known songs: “Nothing Else Matters”. Included in his self-titled album (Black Album), this ballad reached number 11 on the Billboard chart and entered other charts at the top. Singer James Hetfield wrote it for an ex-girlfriend he had when he was on tour, something that made him nostalgic.

The legendary German heavy metal band published in July 1984 one of the best rock ballads that exist: “Still loving you”. Written by Rudolf Schenker and Klaus Meine, SCORPIONS included this song on their hit album “Love At First Sting.” More than 1.7 million copies sold of the single elevate this love song to this deserved second place in the ranking of the best rock ballads.

“Stairway to heaven,” probably the most famous ballad ever. Guitarist Jimmy Page and singer Robert Plant released this song within their fourth studio album “Led Zeppelin IV” in 1971. Hundreds of specialized media and music critics have positioned this ballad as the best of all over the years. In addition, the main solo of the song, created by Jimmy Page, has also been valued as one of the best in rock. The lyrics, written by Robert Plant, are inspired by Lewis Spence’s book “Magic Arts in Celtic Britain”.