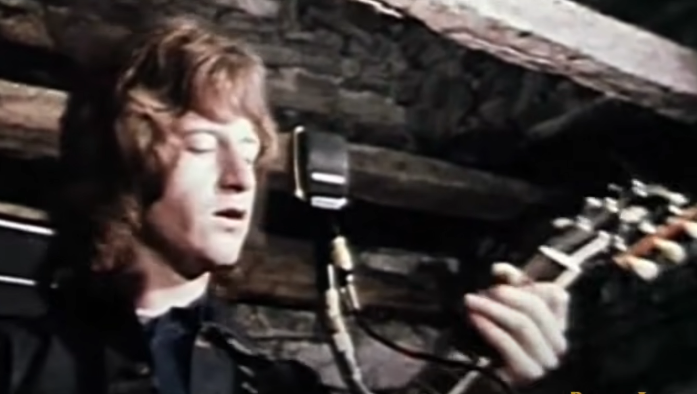 From Bob Dylan to Creedence Clearwater Revival, these musicians were credited with songs they didn’t write, and some are just similar in sounds that confused listeners that it was theirs. We look back at the 10 Songs That Everyone Think Was Made By Other Artists:

Stuck In The Middle With You – Not A ‘Bob Dylan’ Song

The song is from 1972 and, although at that time many people thought it was a Bob Dylan song, the truth is that it belongs to the Stealers Wheel group, formed in the Scottish city of Paisley by Joe Egan and Gerry Rafferty, the latter’s singer-songwriter. Last of which we have already spoken about his well-known composition “Baker Street”.

Bitch – Not A ‘Alanis Morisette’ Song

The success of Alanis Morisette and Sheryl Crow in the mid-90s, lifted the ban on rock singer-songwriters. Then Meredith Brooks came into play, halfway between urban rock and radio formulas. The key to its success was the song Bitch, which became a fundamental song of the 90s. Brooks assumed that foul word, used so many times as an insult against women and expressed his anger against society and at the same time the two faces of a woman openly.

Cats In The Cradle – Not A ‘Cat Stevens’ Song

The Original Folk rock singer-songwriter Harry Chapin wrote this song for his 1974 album Verities & Balderdash inspired by an event in his life related to his wife Sandy Chapin and her former husband, James Cashmore – and although some swear that the real author is Cat Stevens.

No Matter What – Not A ‘Beatles’ Song

“No Matter What” is a song composed by guitarist, pianist and singer Pete Ham of Badfinger for the album No Dice released by Apple Records in 1970. Pete Ham composed “No Matter What” during the period they were recording demos produced by Mal Evans , who had been an assistant to The Beatles. However, Evans was replaced by Geoff Emerick, who had been George Martin’s recording assistant on the group’s Liverpool albums. Precisely, Badfinger re-recorded “No Matter What” with Emerick’s production to include it in No Dice, using a style similar to the songs composed by John Lennon and Paul McCartney.

Everyone knows the hit “A Horse with No Name”, the name of the band America responsible for it is only known to specialists. With a box of their albums from the 1970s, these masters of deeply relaxed folk rock can now be rediscovered. The song’s resemblance to some of Neil Young’s works sparked some controversy. “I know pretty much everyone at the first hearing assumed it was Neil,” says Bunnell. Coincidentally, it was “A Horse with No Name” that replaced Young’s “Heart of Gold” at number one on the US pop chart.

Ketchup In The Fridge – Not A ‘Radiohead’ Song

An unreleased Radiohead song that appeared on the Internet, according to the fansite ateaseweb.com and corresponds to a cut of the recording sessions of the album The Bends. It’s titled “Putting Ketchup in the Fridge, Christopher Stopa’s ‘Sit Still’ got confused with Radiohead song.

The British Hollies’ greatest single hit was “Long Cool Woman In a Black Dress” (1972), a song far removed from beat or psychedelic pop that made them famous in their country and in Europe in the 60s and which managed to reach at number 2 in America with a sound influenced by the swamp rock of the Creedence Clearwater Revival.

Teenage Dirtbag – Not A ‘Weezer’ Song

Weezer covered Wheatus’ song “Teenage Dirtbag” live during their performance at the Reading & Leeds Festival in the UK. If the song was buried and marked as a stumbling block of humanity, Weezer has taken it upon himself to put it in front of us again’. .

Music Sounds Better With You – Not A ‘Daft Punk’ Song

The single was released in 1998, a year after the release of Daft Punk’s “Homework”, containing the sample of the song “Fate” Chaka Khan in full swing of house music in Europe. The official video of “Music Sounds Better With You” by the band “Stardust” made up of Alan Braxe, Benjamin Diamond and Thomas Bangalter has been shared on YouTube, perhaps not two of the names are not very familiar to you, but you have heard Bangalter more than once as one of Daft Punk’s robots (specifically the silver one).

Half the Man I Used To Be – Not A ‘Nirvana’ Song

Half the Man I Used to Be “has always been credited to Nirvana. Nirvana were the ones who first recorded and popularized it with that same title. Stone Temple Pilots recorded it later, but as “Creep.”