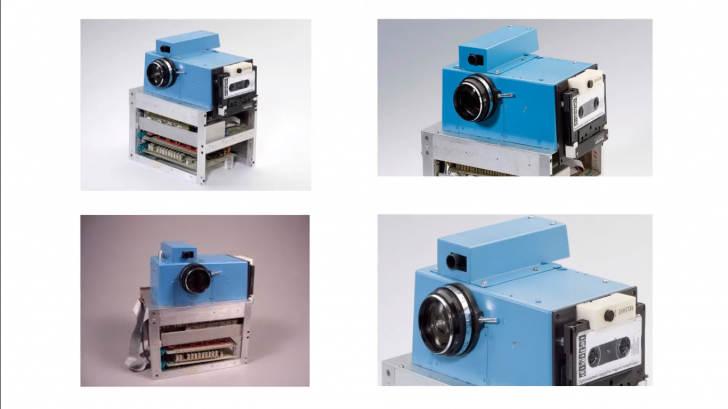 The world took a huge step forward in the 1970s, producing some of the most useful and affecting inventions of all time and eventually setting the stage for some of today’s most advanced products.

Before the eras of cloud storage, USB sticks, and even CDs, floppy disks were the best solution for storing electronic data. Unsurprisingly, IBM was at the forefront of this. A team of engineers started producing this early process of data storage in 1967, but it was not until 1971 that IBM released floppy disks and 1972 that it received patents for the floppy disk and drive.

There is a lot of controversy over who is the inventor of email. Ray Tomlinson, a computer programmer for research and design company Bolt Beranek and Newman (now BBN Technologies), designed text messaging between company computers over the ARPANET network in 1971 using the “@” symbol to route messages.

Although it sure didn’t look like a mobile, the first portable phone was created in 1973 by Motorola. How exactly was this day marked? Martin Cooper, a senior engineer at the company, called rival telecommunications company Bell Laboratories to tell them he was talking on a mobile phone.

While sitting on a beach in Miami in 1949, a quick inspiration struck inventor Norman Joseph Woodland. He released the sand of an outline of what would be one of the most effective retail inventions of all time – the UPC, otherwise known as the barcode. Inspired by Morse Code, which he learned in Boy Scouts, Woodland patented his idea in 1952.

After many designs, awareness of Woodland’s idea grew, and eventually the retail and technology industries were involved in trying to create a successful UPC. However, it wasn’t until decades later that Woodland’s idea finally bore fruit. On the night of June 25, 1974, a team from the National Cash Register installed new scanners and computers at Marsh Supermarket in the small town of Troy, Ohio. Finally, at 8 a.m. on June 26, 1974, the first item was scanned with UPC-a a package of Wrigley’s Juicy Fruit chewing gum, which is now preserved in the Smithsonian Museum.

One of the purest but most ingenious inventions was invented by accident. 3M research scientist Dr. Spencer Silver produced an unfamiliar adhesive in 1968, which he noticed unusual and impressive, but useless. However, six years later, another 3M researcher named Arthur Fry decided to use the sticky material to hold his documents together after he got frustrated when the markers in his hymn book started flying.

The Rubik’s Cube, one of the most successful toys of all time, was created in 1974 by Hungarian architecture professor Erno Rubik. Rubik used the Cube to offer information about spatial connections to his students more interestingly and compellingly.

The earlier pull tab on aluminum beverage cans was dangerous enough to cause controversy in the scientific community, the beverage industry, and the media. “Aluminum pullers are now common elements of our environment and unavoidable aggressors like foreign bodies in the esophagus,” noted a 1970s Journal of Pediatrics article. Fortunately, a Reynolds Metals engineer, Daniel F. Cudzik, came up with the “Sta-Tab,” which today is the push-pull pop-tops we see on cans. Cudzik patented his idea in 1975 and in 1976, most beverage companies adapted the new can design.

The first digital camera was developed by Kodak engineer Steven Sasson in December 1975, although it was not the type of camera you would carry to document a holiday. Weighed eight pounds, took 0.01 megapixel black and white photos that were recorded on a cassette tape. An image took almost 23 seconds to take and could only be viewed when the camera was connected to a TV.

The MRI (Magnetic Resonance Imaging) machine is frequently deemed one of the biggest medical accomplishments of the 20th century. Dr. Raymond Damadian, who created the machine, created the first MRI on a human body in 1977, which he worked on his assistant’s chest.

Before the era of smartphones, the Sony Walkman was the most famous portable music design on the market. Sony launched the TPS-L2 Walkman on July 1, 1979. Colored blue and silver 14-ounce tape player that operated on two AA batteries.