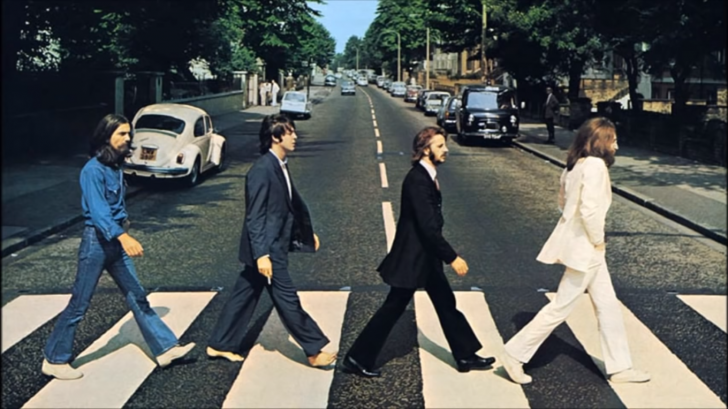 It saw the light before “Let It Be”, but in reality, the extraordinary “Abbey Road” was the last recording of the Beatles, masterfully concluding the trajectory of this fundamental group.

The musical approach for the album of the components was very different. John, following the guidelines of the cuts recorded for “Let It Be”, wanted an album based on a return to the most basic roots of rock’n’roll and blues, while Paul wanted to record a more complex album that reminisces the achievements of “Sgt. Peppers ”.

Done With Being Overshadowed

For his part, George, tired of remaining in the shadow of the two geniuses, and after having recorded the experimental albums “Wonderwall Music” and “Electronic Sound”, wanted to fly solo but not before leaving his brilliant compositional imprint on this LP. George surprises with two of his best songs. The beautiful ballad “Something”, a song dedicated to his wife Pattie Boyd (although Harrison himself said years later that it was inspired by the goddess Krishna) that has become one of the best love songs of all time. Pattie subsequently married one of her best friends, Eric Clapton. Curiously, it was in Clapton’s garden that Harrison wrote “Here Comes The Sun”, a beautiful piece caressed by the delicate voice of its author.

Come Together Was A Chuck Berry Rip-Off

That constancy in the basic guidelines of rock led Lennon to compose songs like “Come Together”, a song dominated by a blues base that John composed for the campaign of politician Timothy Leary, candidate for Governor of the state of California. The subject was accused of plagiarism by Maurice Levy, owner of Big Seven Music, who accused Lennon of the use of several phrases that appeared in the Chuck Berry song “You Can Catch Me”, a song that finally, and to the economic benefit of Berry and Levy , was included in the later LP “Rock’n’Roll” of the Beatle solo.

The blues foundation appears again in “I Want You (She’s So Heavy)”, a song dedicated to Yoko Ono that has insistent lyrics and a hypnotic final part with an abrupt conclusion.

The use of the Moog synthesizer by George and Paul is noteworthy in some songs (“Maxwell’s Silver Hammer”, “I Want You”, “Here Comes The Sun” or “Because”). in pop music (one of the first to use it was Keith Emerson), which once again demonstrates his undeniable capacity for innovation.

“Polythene Pam” Was Dedicated To A Liverpool Super Fan

A song in which Paul uses fuzz bass; the rhythmic “Polythene Pam,” a song dedicated to a Liverpool fan named Pat Hodgett who had a singular hobby of eating bits of polyethylene.

Paul continues the medley with “She Came In Through The Bathroom Window”, a song written in tribute to the “Apple Scruffs”, admirers of the group who persistently harassed them at the studio door or swarming near their homes. The story is fabled about a true event that occurred when a group of fans entered Paul’s house through his bathroom window.

Ringo’s Only  Drum Solo In His Entire Career

“The End”, a song that contains Ringo’s only drum solo in his entire career with the Beatles and that was the one indicated to put an end to his career if not for the inclusion of “Her Majesty”, a meager acoustic coda written by Paul.

“The End” Was Not Supposed To Be Included In The Album

When it sounded surprisingly after recording “The End” the Beatles decided to leave it on the album, one of the great achievements in the history of modern music.

Abbey Road, An Imperfect Masterpiece Was Created With The Help Of Legends Behind Some Of The Greatest Music

The album would be recorded mostly in the studios that gave it its name, on an eight-channel console that would become the standard in the following decade. Billy Preston attended as a guest musician on one of the tracks, and on the technical team, led by George Martin, would be Geoff Emerick and Phil McDonald as audio engineers, and Alan Parsons, who four years later would record the iconic Dark side of the moon from Pink Floyd, as an assistant.