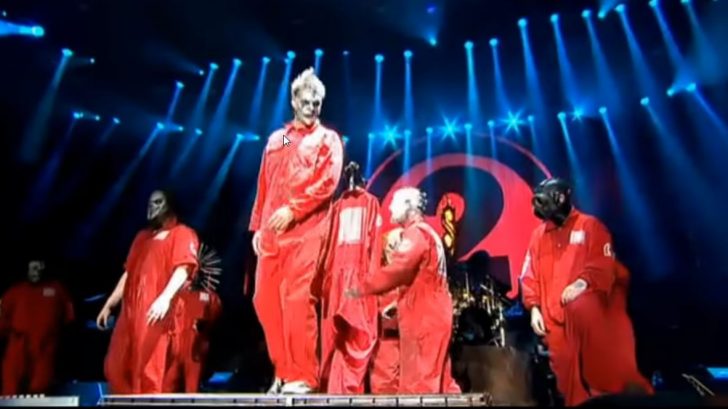 Corey Taylor is planning to release an album with Shawn ‘Clown’ Crahan, guitarist Jim Root and DJ Sid Wilson. The yet untitled album recorded during their All Hope is Gone sessions, and now, finally, it will be available for the public to hear, as Shawn announced in a recent interview.

17 Years since #IOWA was released.

“Till We Die” was supposed to be included in the side project, but instead it was featured on the digipak release of All Hope Is Gone. That track may have been the hint for the unnamed Slipknot members’ side project album. But Clown says he wasn’t ready for it yet, until now.

“There’s a collection of songs that were recorded, 11 I think, I’ve held on to them for 10 years because it hasn’t been right, and I’m going to let you know now that it’s feeling right,” the Clown said. “Is it Slipknot? No, it’s not Slipknot. Is it four members of Slipknot? Yes. It’s four members of Slipknot. Is it music being written at the same time as All Hope Is Gone? Absolutely.”

“There’s a big collection of music, it’s fucking really amazing. It’s so amazing it had to be held back to wait for the right time, it’s been 10 years. It wasn’t going to be one of those things to loosely go out and confuse everyone, and piss everyone off. I’m not going to put music out to spite people – we do things the right way in this camp. The right way is that sooner or later, people need to be made aware of it because it’s the truth. It happened. We spent time doing it, we worked it every day, we mixed it, we mastered it, there’s artwork. It’s amazing stuff. But it’s all got to be right in the story of Slipknot.”

The release date is still unannounced, but for Slipknot, they are preparing to gear up for 2019. However, they will release their 10th-anniversary edition of All Hope is Gone this December 7 (2018).