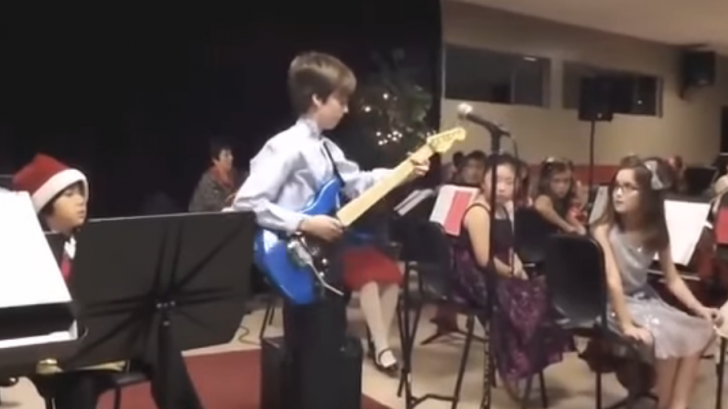 Without a doubt, one of the worst days for the staunch of rock and roll was October 6, 2020, when we were stabbed by a dagger and was stuck in our hearts. Eddie Van Halen’s death marked the end of an era.

Fortunately, he left us an instrumental song that was released and is present in all rock and roll history books. The guitar solo on ‘Eruption’ is wonderful. In it, we will listen to a large number of techniques at a devilish rhythm, be they bending, tapping … And of course the outstanding use of tapping. It was the year 1977 and the last thing Eddie expected was that this solo would lead the way for all those young guitarists who locked themselves in their room to practice with their instrument until their fingers bled.

And that’s what exactly this young 10-year-old kid did! He completely owns Eruption! According to the caption, the kid has only been playing the guitar for 2 years and the result is quite incredible! Named Garrett performed Eruption during their strings concert.