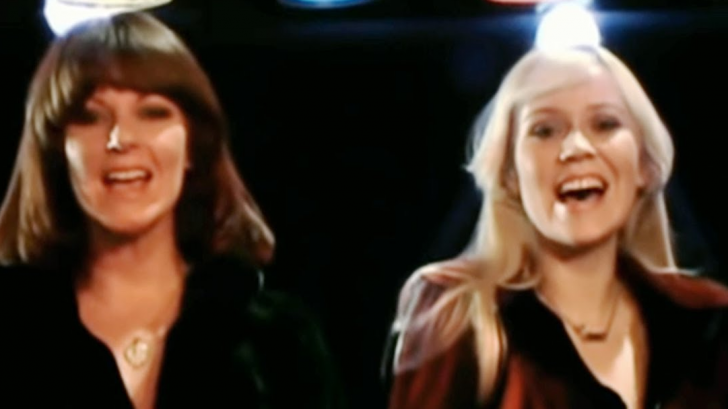 It was the most successful quartet in its country for decades. ABBA became world-famous after winning the Eurovision Song Contest in 1974 with Waterloo, and from then on they swept dozens of songs that remain in our minds and on the radio for decades afterward. Their success is so great that they announced a few months ago that they will return with new music, and we are still waiting to find out what the new songs that they have promised us will be like.

It is estimated that to this day, ABBA remains the second most successful music group of all time, behind only the Beatles. They have sold more than 500 million records worldwide, but not everything was a bed of roses. They broke up almost 40 years ago, but their comings and goings continue to interest their fans.

Below are the 11 Facts Most Fans Don’t Know About ABBA:

ANNI-FRID LYNGSTAD WAS BORN IN LEBENSBORG.

Anni-Frid Lyngstad, better known as Frida, was born in November 1945, soon after the official conclusion of World War II. For many Norwegian families, the darkness of the conflict not only remained but molded their life.

AGNETHA FALTSKOG KEEP THE TRAUMA OF WHAT OCCURED TO HER PARENTS TO HERSELF.

Faltskog claimed in her biography that her mother died in a sad accident, but The Mirror reports that it wasn’t until 2005 that it was uncovered that this was not the truth. Birgit Faltskog had committed suicide, and Ingvar, Agnetha’s father, had died not long after.

Carl Magnus Palm, an ABBA biographer, stepped forth to clarify the contradiction, claiming that she had been extremely tight-lipped about her childhood and parents. He went on to say that all of the facts he could discover about her parents suggested that her mother died in an accident.

WHEN THEIR MARRIAGES FAILED, THEIR GROUP SPLIT.

The Independent reports that ABBA’s career-defining breakthrough occurred in 1974, when they won Eurovision. ABBA’s two couples were also married: Benny Andersson and Anni-Frid Lyngstad met in 1969, as did Bjorn Ulvaeus and Agnetha Faltskog. When the Evening Standard looked back at what transpired to ABBA, they claimed it was evident: the spouses separated — in 1980 and 1981 — and ABBA disbanded in 1982.

BENNY ANDERSSON STOPPED DRINKING WHEN HE REALIZED HE HAD AN ISSUE.

AGNETHA FALTSKOG HAS COMMENTED ON HER MENTAL HEALTH.

Part of her reclusiveness and inability to appear regularly was because she struggled from a debilitating dread of flying. It began in 1979, she added, when ABBA’s jet had been struck by a storm and was forced to land. It was so awful that when she talked to The Daily Mail in 2013, she disclosed that she sought to counseling to help her conquer the anxiety, and was ultimately allowed to fly — but just for a total of three and a half hours at a stretch.

In a 2008 interview, Bjorn Ulvaeus explained why he had never been interested in writing or producing an authorized biography: he couldn’t recall most of his childhood, particularly his time with ABBA and their Eurovision victory. Ulvaeus said to This is London (via The Huffington Post) that he deals from long-term memory loss, and that large chunks of ABBA’s career, as well as childhood memories, are just gone. He said of their Eurovision performance of “Waterloo,” “It is unbelievable, but I do not remember standing on the stage. It is like I was not even there.”

AGNETHA FALTSKOG’S EXPERIENCE WITH HER STALKER WAS TERRIFYING.

The disturbing, hyper-sexualization of ABBA’s women began when they were teens. The press was terrible, and in 2013, The Daily Mail focused on Agnetha Faltskog’s encounters with stalkers. One came dangerously near.

Gert van der Graaf was the truck driver in question. When Faltskog left the spotlight and moved to an isolated island outside of Stockholm, van der Graaf tracked her there and lived in a home only a short walk away from hers. According to the documentary “ABBA: Behind the Blonde” (via The Guardian), he had already been infatuated with her since he saw ABBA play on Eurovision at the age of eight. So he followed her, and the BBC reports that they dated between 1997 and 1999. Things went down disastrously, and Faltskog filed a restraining order against him in 2000. He was also immediately deported to the Netherlands, and in 2003, he was apprehended again after residents noticed him in Sweden, close to her house.

Ann Lise-Lotte Lyngstad, Lyngstad’s daughter, killed in an automobile accident in 1998. A year later, she also lost her spouse. Ruzzo died after being diagnosed with cancer, according to the BBC.

Drummer Ola Brunkert travelled with them for the majority of their brief career, and he died in a sad mishap in 2008. His body was discovered at his villa on the island of Mallorca, as per his obituary in The New York Times. Drastic cuts to his neck were the cause of mortality, and it was later found that he had stumbled into a glass door, shattering it and sustaining deadly cuts from the shattered glass. He had sought to get aid but died in his garden.

THEIR COMEBACK TOUR WAS POSTPONED DUE TO TRAGIC DEATHS.

In November 2021, just as the band was about to debut the teaser for their upcoming return tour. As per the BBC, over 1,000 fans attended an ABBA tribute event in Stockholm’s Uppsala Konsert & Kongress Hall. A guy in his 80s dropped seven storeys into the venue’s open foyer before the event began, falling on another man on the bottom floor. Both were killed (and, according to the Independent, another individual was injured). Information were scant at the time, but authorities determined that there was no evidence of wrongdoing. Following the catastrophe, ABBA postponed the release of their forthcoming concert trailer.

THEY ATTRIBUTES THEIR SUCCESS TO SINGING ABOUT PERSONAL TROUBLE.

Some of ABBA’s greatest singles resulted from their most tragic misfortunes. If “The Winner Takes It All” was the narrative of one divorce, “When All is Said and Done” was the tale of the other — and yes, they admitted it was created about Lyngstad and Benny Andersson’s marriage breakdown, and no, it was difficult to sing. “It was not always easy to continue recording,” Lyngstad said during an interview.