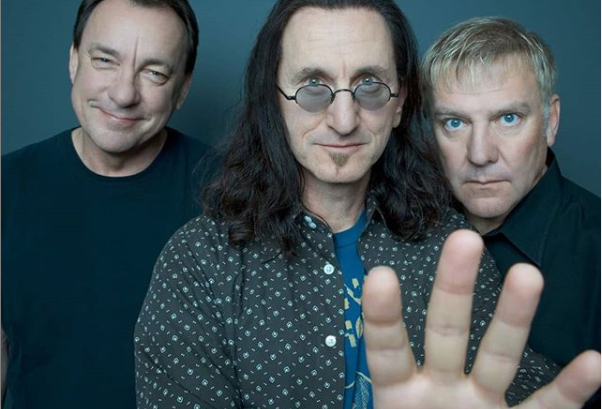 Maybe Geedy Lee (bass and lead vocals), Alex Lifeson (guitar) and Neil Peart (drums) never had the fame that other rock groups did, but they are the third band in history – after the Beatles and the Rolling Stones. – in getting more platinum records.

In this sense, the date that is taken as an anniversary for the band is July 29, 1974, the day Neil Peart joins. However, other fundamental dates must be referred to or at least indicate that Alex Lifeson and John Rutsey met in 1963.

Geddy Lee loaned them the amp when they were just starting

Rush’s original lineup was first reunited in September 1968, with Jeff Jones (bassist and vocalist), John Rutsey (drums and backing vocals) and Alex Lifeson (guitarist and backing vocals), with Rutsey’s older brother suggesting the name. Rush. That same month, Jones was replaced by Lifeson’s schoolmate, Geddy Lee, who loaned them the amp so Jones could play.

The Paupers was their first influence

There are influences difficult to perceive, but they are highlighted even in the documentary “Rush: Beyond The Lighted Stage”, such is the case of the Canadian band “The Paupers” that influenced the teenagers Alex and Geddy,

Rush Inducted into the Canadian Music Hall of Fame in 1994.

The trio Rush were inducted into the Canadian Music Hall of Fame by fellow inductee Tom Cochrane at The 1994 JUNO Awards in Toronto.

Neil Peart’s daughter Selena was killed in a car accident in 1997.

The musician, who died at the age of 67, suffered in the late 90s the death of his daughter in a car accident, and only 10 months later, that of his first wife, Jacqueline Peart, a product of cancer. The musician participated in the last Rush tour in 2015, during which he suffered severe pain from the illness.

Geddy Lee is a connoisseur and collector of classic wines and baseball cards.

‘If Geddy Lee does a second solo album, he should call it‘ Hobbyist ’, or maybe‘ Fanatic ’. “It’s a disease, I’ll tell you”… jokes the former Rush bassist, referring to his ‘devouring’ enthusiasm for collecting basses, baseballs, watches and wines. “But it’s a disease that has brought me a lot of joy. It’s a great way to express my passionate nature. ”

Alex Lifeson, Geddy Lee and Neil Peart first performed together to an audience of 11,000 in 1974. Forty years later, their last tour sold more than 442,000 tickets. This is the story of everything that happened in between.

In 1966 Alex met Geddy Lee, Although Rush appeared for the first time in public on September 18, 1968, he did so with Jeff Jones on bass, replaced on the 25th of that same month by Geddy. And that on March 1, 1974 they released their first album.

Raised in an Ontario town, in his teens he played drums in different bands initially inspired by rockers like Keith Moon (The Who) and John Bonham (Led Zeppelin) and later adding resources from jazz big bands to achieve a very technical style. praised by music connoisseurs.

Neil Peart Was Not The Original Drummer

There are several reasons that explain John Rutsey’s departure from the band, but the main one is that he did not share the musical direction that Alex and Geddy wanted for Rush. Musical influences are very important not only when starting a band, but also in its development.

Although they did not officially announce their final separation until January 2018, Rush did their last concert in Los Angeles on August 1, 2015, as the closing of their R40 tour.

Neil Peart was the main writer

In addition to being the main lyricist of the trio, Peart published seven books with personal stories and travel chronicles. Rush recorded 20 studio albums and the only one Peart did not participate in was the 1974 self-titled debut. His most famous songs include “Tom Sawyer,” “The Big Money” and “The Spirit of Radio.”