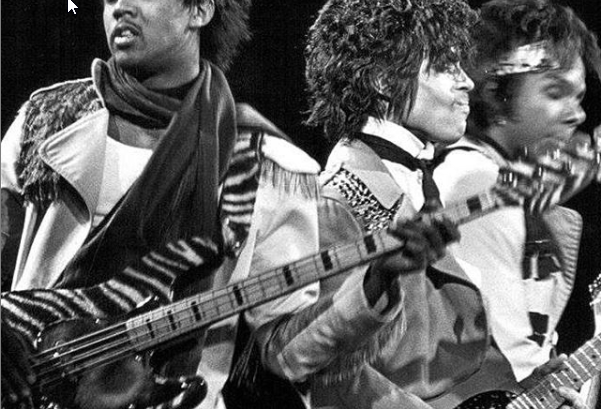 That’s One Way To Train Your Team

Mark Brown, bassist of the Revolution, and also a backing band for the late Prince, who undergoes by his stage name of Brown Mark.

Brown Mark and his band, according to Prince were the badass band on the planet – fusing P-Funk, arena rock, and new wave pop to create an entirely unique sound. Prince, of course, was very different than the Revolution. And he considered them as the 21st Century Mozart.

And he’s most favorite among the band is the bass player, Brown Mark (born Mark Brown) who brought his own innovative blend of percussive funk and rock aggression to life which you can hear on Prince’s music: the multi-platinum era of 1999, Purple Rain, Around The World In A Day and Parade.

Prince told Rolling Stone, “If I didn’t have Mark, I wouldn’t put bass on my music.”

“That quote shocked me. I think what he meant is that you have players who follow patterns, technicians who know every scale, but I’m a feel player. I studied Prince – it was hard to figure out what he was looking for.” – Brown Mark

The song When Doves Cry famously lacks bass, but on Purple Rain Live, you play on it.

“It’s straight-up ghost notes. Prince said, ‘Wait until after the third verse and come in with something’, so I started rumbling on all four strings. You take your thumb and it’s almost like a rhythmic chop, syncopated with your hand. Lots of bassists try to be too clean, but I was very dirty, just as big of a roar as I could get, and then fine-tune that into a beat. All that while doing choreography in heels! That’s just dedication.

“He would fine us, like, $1,500 for making a mistake! When I signed up, I asked, ‘What time is practice?’ Prince took off his glasses and said, ‘Mark, we don’t practice. We rehearse. Practice is what you do at home.’ He always said you have to live it and breathe it – and then you become it.”

Prince was surely a perfectionist, and by being one, he managed to create a legendary masterpiece  – A PRINCE WHO WAS BETTER THAN A KING.