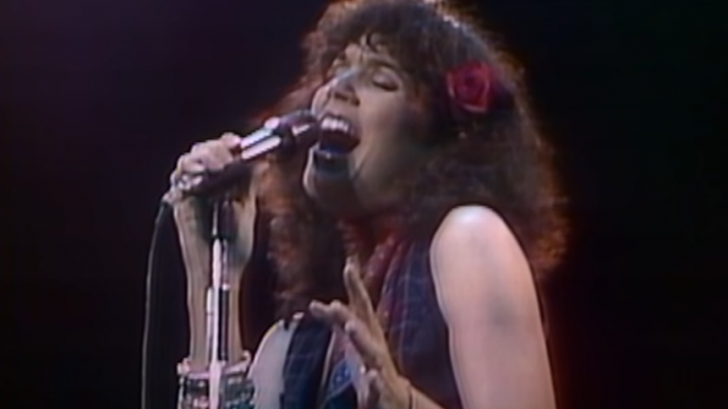 Linda Ronstadt had a strong reputation as the Queen of Rock for more than ten years. When you rock as awesomely as she did, you are stuck with catchy titles, so it doesn’t matter that she adamantly refused to limit herself to just one genre. We look back at the 12 Linda Ronstadt Stories and Facts That Most Fans Don’t Know:

BEFORE ARIZONA WAS EVEN A STATE, HER FAMILY AIDED IN BUILDING IT

Although Linda has made the Ronstadt name well-known throughout the world, it was already well-known in her native Arizona before she was even born. This is because her great-grandfather, Federico Jose Maria “Fred” Ronstadt, saw a lot of potential in the region when it was still just a territory and when he was a teenager. According to an essay written by Fred’s son Edward and published by the University of Arizona, Fred arrived in Tucson when he was 14 years old in 1882. He spent years there mastering the wagon and blacksmithing trades before starting a family and the company that would become the F in his early 20s. The Ronstadt Hardware Company would become a mainstay in Tucson and operate there until 1985.

HER GRANDFATHER WAS A PROLIFIC INVENTOR

The mother of Linda Ronstadt, Ruth Mary Copeman, was born in Flint, Michigan. Ruth’s father, Lloyd Copeman, was somewhat of an inventor, which is to say that he had a ton of ideas. As per his official website, the list of inventions he did patent is roughly the size of a phone book and consists of close to 700 separate filings. These inventions include gadgets like electric stoves, toasters, electric drills, refrigerators, ice cube trays, and other things that wouldn’t become widely used until years after he came up with them. Following all of that kicking in the rear, according to Ronstadt’s memoir, Copeman was presented with an honorary degree by MSU, which he politely declined, saying, “When the degree would have done me some good, you wouldn’t give it to me. Now I have little desire to accept it.”

Gilbert Ronstadt, the manager of a hardware store, has probably produced more excellent music than the majority of those who make that claim. He was a guitarist who occasionally performed with mariachi bands while living in Mexico, per a 1975 Rolling Stone article about Linda Ronstadt. The Beach Boys, Peggy Lee, and Billie Holiday were introduced to her when she was young, and he was in charge of making sure she grew up on a steady diet of killer melodies and harmonies, according to Linda. Given her extensive musical training, it should come as no surprise that Linda founded a musical trio with her brother and sister when she was a high school student, according to Biography.

Linda Ronstadt let the Poneys go after three albums. According to her memoir (via Billboard), Ronstadt hired a few men who would go on to achieve some degree of notoriety while rotating through various supporting musicians in the early ’70s. John Boylan, her manager, recently received a demo from Don Henley, a songwriter who had written a few songs he thought Ronstadt might want to record. “They didn’t turn out to be good songs for me at the time, but I heard him play the drums when I was walking through the room at the Troubadour and I thought he was such a good drummer,” she remembered. She then enlisted Henley and guitarist Glenn Frey, a friend of his that she knew from the local scene. While traveling with Ronstadt, the two shared a hotel room and discovered they got along well. When they told Ronstadt they were going to form their own band, something magical happened.

THE 1970s WERE COMPLETELY CONQUERED BY LINDA RONSTADT

After splitting up, the Eagles and Linda Ronstadt both went on to utterly rule rock in the 1970s. Her fourth album, “Don’t Cry Now,” earned Ronstadt her first gold platter, and her fifth, 1974’s “Heart Like a Wheel,” went double-platinum and scored the singer her first No. 1 song — a swaggering rendition of Clint Ballard, Jr.’s “You’re No Good.” According to a 1980 Playboy article on Ronstadt, she had a respectable degree of success with her first three solo albums, even earning a Grammy nomination for

SHE IS AN EXPERT AT INTERPRETING THE WORKS OF OTHER SONGWRITERS

Despite the fact that she wrote a few songs, you may have noticed that some of the massive hit songs we mentioned are also associated with other artists. As previously stated, Ronstadt never shied away from interpreting the work of others because she demonstrated an exceptional talent for doing so. There’s a reason why Ronstadt is more associated with “Blue Bayou,” written by the legendary Roy Orbison and previously covered by the equally legendary Elvis Presley.

RONSTADT BECOME A SEX SYMBOL, NEARLY AGAINST HER WILL

If you think female celebrities are objectified today, prepare to pull out your monocle because the 1970s were a very different, much sleazier era (which they most definitely are). Linda Ronstadt was not spared by the sexual objectification that was practically accepted among famous women (and, to be fair, a lot of famous men) during that heady decade. She was repeatedly questioned about her status as a sex symbol during the 1980 Playboy interview. “I didn’t set out to become a sex symbol. I set out to be a singer,” she said. “I’ve never tried to keep sexuality out of my personality or my singing. It’s fun that people think I’m sexy.”

SHE HAS PERFORMED ON BROADWAY AS WELL AS IN AN OPERA

Linda Ronstadt decided to broaden her horizons after conquering the popular music world in the 1970s by venturing into a couple of realms where few pop singers dare to tread. The first was on Broadway, where she starred in a 1981 production of the classic Gilbert and Sullivan musical “The Pirates of Penzance.” The show began off-Broadway before moving to the big stage, where she crushed it in the service of a somewhat lacking production, according to Newsweek. (The New York Times, for example, praised her performance while criticizing the musical’s sound design.)

FOR BREAKING A BOYCOTT IN SOUTH AFRICA, SHE LANDED IN HOT WATER

One of the most popular venues on earth in the early 1980s was appropriately named Sun City Resort and Casino, where some of the most well-known musical acts performed for the adoring crowds. Unfortunately, it was right in the middle of apartheid-era South Africa, a country that was at the time considered to be on par with Nazi Germany in terms of forced racial segregation. Because of this, many more of the most well-known acts in the world declined to perform there, but not Linda Ronstadt. According to Africa Is a Country, Ronstadt joined megastars like Barry Manilow, Rod Stewart, and one of her idols, Dolly Parton, for a concert there in 1983 despite the music industry’s unofficial boycott.

SHE WENT ON TO BECOME AN OUTSPOKEN POLITICAL ACTIVIST

Linda Ronstadt later put her money where her mouth was in terms of politics. While performing at the Aladdin in Las Vegas in 2004, she had the audacity to dedicate her cover of the Eagles’ “Desperado” to filmmaker Michael Moore, whose incendiary documentary “Fahrenheit 9/11” had just won the coveted Palme D’Or at the Cannes Film Festival (via The Progressive). As a result, Aladdin president Bill Timmins threw Ronstadt out of the hotel and barred her from ever performing there again.

One might conclude that Ronstadt disliked President George W. Bush, and one would be correct. In 2006, she responded to the Dixie Chicks’ infamous call-out of Bush with a vehement defense of the band and a stinging condemnation of the then-president. “The Dixie Chicks said they were embarrassed he was from Texas. I’m embarrassed George Bush is from the United States,” she said (via Contact Music). “He’s an idiot. He’s enormously incompetent on both the domestic and international scenes.”

SHE APPEARED ON TWO ALBUMS WITH TWO OTHER LEGENDS

Emmylou Harris, with whom Linda Ronstadt sang a duet on “The Sweetest Gift” in 1975, and Dolly Parton were two other legendary musicians who were close friends of hers for a very long time. According to The Boot, the trio had been close friends for a long time before collaborating to release the aptly named “Trio” album in 1987.

Sounds Like Nashville claims that around the year 2000, Linda Ronstadt’s once-strong voice began to fail her. She was unable to hide her problems when she took the stage in 2009, and in 2013, USA Today revealed that the singer had Parkinson’s disease. “I think I’ve had it for seven or eight years already, because of the symptoms that I’ve had,” she confided at the time. “No one can sing with Parkinson’s disease, no matter how hard you try.”

But a few years later, she was given a new diagnosis: supranuclear palsy, a rare form of brain disease that wasn’t Parkinson’s. Ronstadt discussed her battle with the disorder in an interview she gave to CNN in 2020. “I couldn’t hear the top end of my voice. I couldn’t hear the part that I used to get in tune,” she said. “My throat would clutch up. It would just be like I had a cramp or something … Literally my entire career flashed in front of my eyes.”