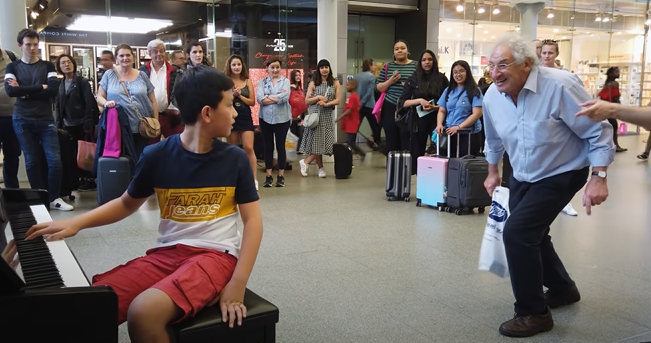 A piano is probably one of the best things you can have in any public space.

Ever since the piano emerged, numerous people with secret gifts have been revealed to the world after performing any song for the masses. That’s why now and then a video of someone’s amazing display of talent uploaded YouTube and highlights how simple it is to cause a little delight to someone’s tedious day.

Cole Lam is a skilled 12-year-old kid who accidentally had his small show at London’s St Pancras International Train Station.

In the video below, he performs one of Queen’s most memorable tunes and gives the audience enthralled.

The way he plays is beyond unbelievable and anyone could hardly comprehend that this child has such talent and ability at such a young age.

In fact, it’s so good, the audience won’t let it go!

You can see that people are enjoying it a lot. Who could admit that someone could make your day so quickly, just executing those black and white keys? Everyone in that area was prepared to stop and put their plans on the clutch.

What about you? Would you spare a few minutes to watch this awesome kid?