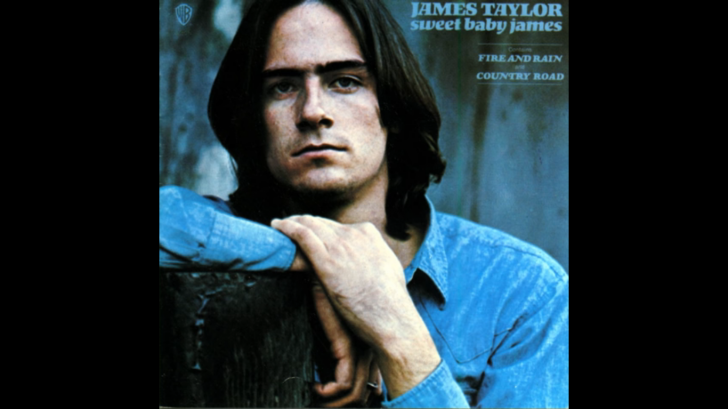 A 5-time Grammy winner, Rock and Roll Hall of Fame, and Songwriters Hall of Famer, James Taylor has had an illustrious, long-running career. The multi-talented American musical genius rose to prominence with his 1970 hit single “Fire and Rain”, which reached No. 3 Billboard Hot 100 also earned him his first Grammy nomination.

Taylor is also known for performing hits and cover versions of popular songs, including his first number 1 hit, “You’ve Got a Friend” (1970), as well as Marvin Gaye’s “How Sweet It Is (To Be Loved By You)” (1974). 14 of the singer’s 30+ albums have achieved platinum certification or higher and with over 100 million albums sold worldwide, James Taylor is without a doubt one of the most profitable artists of all time.

All of James Taylor’s brothers, Alex, Livingston, Hugh, and Kate have all been involved in music at one point in their lives. Each of them also recorded studio albums.

Taylor became the first non-British artist to be signed to Apple Records, founded by the Beatles.

The iconic singer’s most successful album to date is the 1976 greatest hits album which achieved Diamond certification (over 10x platinum). All of Taylor’s albums released between 1977 and 2007 sold at least 1 million copies.

Below are his 15 Best Quotes:

1. “I started being a songwriter pretending I could do it, and it turned out I could.”

2. “I don’t take compliments very easily. I think most musicians suffer from low self-esteem to some extent.”

3. “Songwriting is too mysterious and uncontrolled a process for me to direct it towards any one thing.”

5. “Time will take your money, but money won’t buy time.”

6. “I don’t know much about God. But if everything does originate with God, then certainly songs do as well.”

7. “If you’re an addict, it controls your life and your life becomes uncontrollable. It’s boring and painful, filling your system with something that makes you stare at your shoes for six hours.”

8. “I think that American music, for me, it’s a synthesis of a lot of different things. But for me growing up in North Carolina, the stuff that I was listening to, the things that I was hearing, it was all about black music, about soul music.”

10. “Certain things in life are more important than the usual crap that everyone strives for.”

11. “That’s the motivation of an artist—to seek attention of some kind.”

12. “I find it a lot healthier for me to be someplace where I can go outside in my bare feet.”

13. “The secret of life is enjoying the passage of time.”

14. “It is a process of discovery. It’s being quiet enough and undisturbed enough for a period of time so that the songs can begin to sort of peek out, and you begin to have emotional experiences in a musical way.”

15. “I think that we’re all totally isolated beings and always will be.”