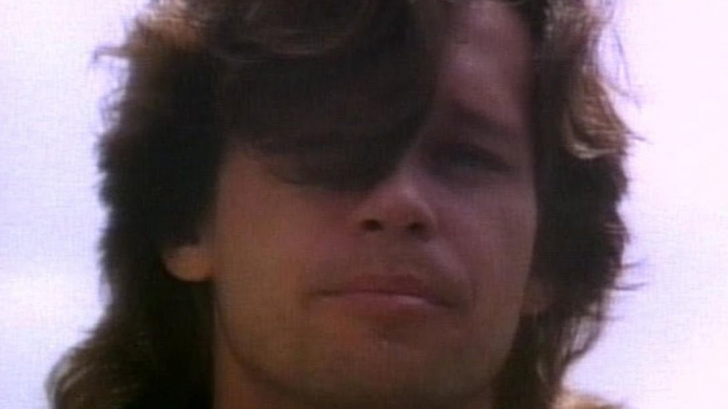 Many consider John Mellencamp to be an American hero.

John Mellencamp began his career at the end of the 70s (from 1976 it is his first album, which was a commercial failure); his popularity was increasing taking advantage of the pull of Bruce Springsteen’s music, to which he had many elements in common; however, as his career progressed, his music became more personal, developing a particular mix between folk-rock and hard rock.

When the album “American Fool” (1982) came out, which triumphed thanks to the number one hits “Jack & Diane” and “Hurts so good”, two of its star songs, Mellencamp had completely developed his own and particular version of the music of Bruce Springsteen, Tom Petty, and Bob Seger, modern American roots music. This success is joined by the acclaimed “Uh-Uh” (1983), his first album under the name John Cougar Mellencamp with the success “Pink Houses and “Crumblin’ Down” (which entered the top 10 of the American charts

But, while the sales success had arrived, the critics did not begin to take him seriously until his next album, “Scarecrow” (1985), an album in which he delved into social themes and displayed a greater variety of styles, resulting in into a critical success and peaking at number two on the charts, with the hits “Lonely Ol’ Night”, “Small Town”, and “R.O.C.K. in the U.S.A.” After that album, he became more involved in social activities, organizing help for farmers with Willie Nelson and Neil Young. He was also known for his anti-business stance, refusing endorsement offers from tobacco and beer brands.

His next album was “The Lonesome Jubilee” (1987). In it, a greater and more pronounced influence of Appalachian folk and country was noted, and the theme revolved around the forgotten North Central America; reached number six on the charts, and included the hits “Paper in Fire,” “Cherry Bomb” and “Check it Out.” “Big Daddy” (1989), which continued to explore American roots music, garnered critical acclaim It did not achieve the same success as the previous ones. Two years later he returned with “Whenever We Wanted”, which, despite being another moderate success, is still remembered among his fans as one of his staples. “Human Wheels” (1993) continued in the wake of moderate success. , and praise from his fans.

In 1994, his duet with Me’Shell Ndegeocello on Van Morrison’s “Wild Night” provided him with another massive sales success. The respective album “Dance Naked” became their biggest hit since “Big Daddy”; At that time he suffers a heart attack that forces him to cancel the tour of the album, not reappearing until 1996 with “Mr. Happy Go – Lucky” ; an album long-awaited by fans and with good critical reception. Following this album, Mellencamp left Mercury for the Columbia label. A year later he would publish a collection of unpublished material, under the name of “Rough Harvest”.

We dive into 15 Wise Quotes From John Mellencamp:

2. “For me to pretend I’m the keeper of the small town mentality or that’s all I’m interested in is wrong.”

3. “This cycle of, make a record, tour, has been going on for 20 years now. I don’t even know why I do it sometimes. Do I need more money? Do I need more platinum and gold records? The only thing I can think of is ego.”

5. “My best songs come from a place outside myself.”

6. “If I laugh a couple of times a day, I’m doing good. People think it’s their God-given right to be happy, and it’s just not. It’s something you’ve got to work at. I like to paint the human condition, and the human condition is not smiles and happy people.”

7. “One quality of a good songwriter is to be vague. A vague notion, a vague image, but enough to give the listener the opportunity to make more out of what’s being said than is there. That’s the great thing about Bob Dylan’s songs: We the listeners have made more out of them than he ever intended.”

8. “Regret should be handled swiftly, and you shouldn’t hold onto it. People spend their entire lives regretting what they didn’t do and what they should’ve done. Hey, man, you did what you did.”

9. “When you live in hysteria, people start thinking emotionally.”

11. “I want my paintings to look like they were found in a garage. If they get a scratch or a hole in them, it just becomes part of the painting.”

12. “The CD, it should be noted, was born out of greed. It was devised to prop up record sales on the expectation of people replenishing their record collections with CDs of albums they had already purchased.”

13. “I used to think that eating healthy was ordering a fish sandwich at McDonald’s.”

14. “What is there to be afraid of? The worst thing that can happen is you fail. So what? I failed at a lot of things. My first record was horrible.”

15. “I thought I knew a lot about music. Then you start digging and the deeper you go, the more there is.”