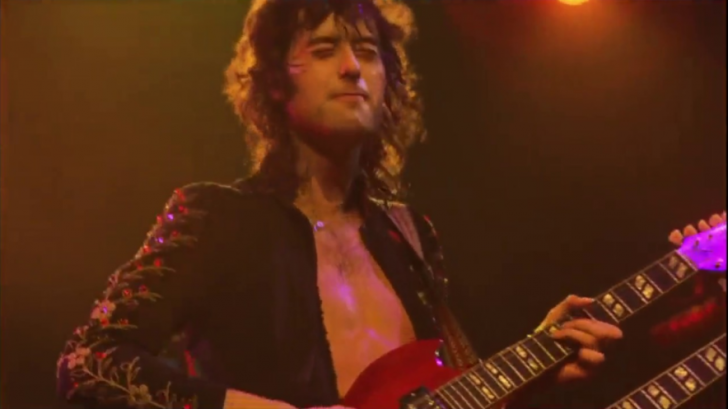 Led Zeppelin is sometimes blamed for not publishing in its day, when they were the most important active band on the planet, a live show that collected for posterity the spectacular nature of their concerts. There are those who dispatch the audio edition of “The Songs Remains the Same” as the soundtrack to the film that was released with the same name, collecting takes from three shows from the 1973 tour at Madison Square Garden in New York.

Robert Plant, John Paul Jones, John Bonham, and Jimmy Page had a way of understanding rock, of knowing how to be on stage, almost extinct today, very difficult to match.

In 1973 they already had five studio albums where they had had space to do everything: From Blues to Rock, from Rock to Hard, from Hard to Progressive, from Progressive to Heavy and from there to Folk to start over. It is not strange that the discography of this band arouses suspicion according to which ears. Like the Rolling Stones, it is one of those groups that is really appreciated when they have been listening to more immediate music for years, but the Zeppelin records are at the root of almost everything.

Besides the root there is the trunk, and there are the fruits. The lead airship handled an imposing repertoire, had composed between fifteen or twenty songs that should appear in any list of the hundred best rock songs of all time, and for the compilation of the Madison Square Garden concerts a series of them, how could they have gotten hold of the rest.

With a somewhat bizarre beginning, the film captures one of the band’s best eras, from that classic plane ride down to iconic UK locations like Jimmy Page’s Boleskine House studio mansion in Scotland on the shores of Loch Ness (which has a pretty macabre history, by the way, related to the occult magician Aleister Crowley), in addition to possessing images inherent to the concert, in a kind of cinephile experimentation of each of its members.

For those who are more into music film, the movie can be tedious, since they are quite cult recordings like John Bonham and his passion for cars, Jimmy Page and the search for a witch, Robert Plant looking for the Holy Grail, and John Paul Jones like some kind of sick witch hunter.

Of course, in between all this, we see Zeppelin like never before on stage performing classic songs like “Rock and Roll”, “Black Dog”, “Since I’ve Been Loving You” and many more, which is the real reason why this film is so valued.

By the fall of 1976, Led Zeppelin was among the most influential rock bands on the planet. The band’s last North American tour in 1975 was the most heated concert ticket of the year and was only cut short after vocalist Robert Plant’s near-death car accident in Greece in August of that same year.

While the group decided not to return to North America until 1977, followers on the West were satisfied with something a little unusual in 1976: a Led Zeppelin movie.

The Song Remains the Same premiered on the night of October 20, 1976. The film centered on Led Zeppelin’s run of concerts at New York’s Madison Square Garden. It was on the last night of the series that the group was famously stripped of more than $200,000.

Just as usual of many stuff linked to Led Zeppelin in the 1970s, critics hated the film, while fans worship it. A midnight film favorite, The Song Remains the Same earned the group a solid $10 million following a year of release.