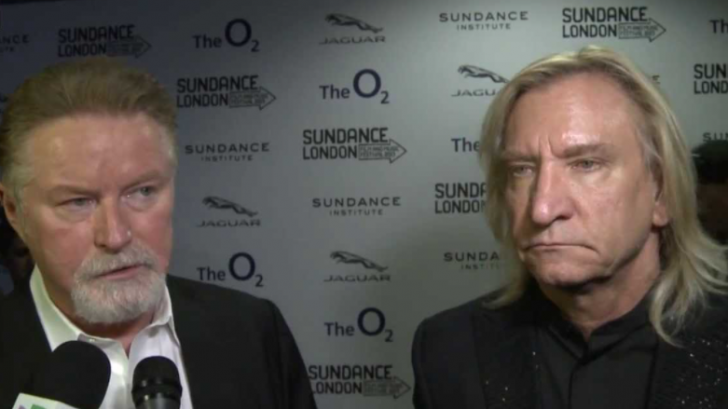 Joe Walsh of The Eagles executed the greatest prank in the history of pranks.

The Eagles had just completed a concert in Oakland, California. ‘The Day on The Green’ was a yearly concert sponsored by promoter Bill Graham which was held at The Oakland-Alameda County Coliseum.

Following a night of boozing with the group, crew, and associates, Don Henley became unconscious and Joe Walsh tried to grant him a circumcision. The attempt was carried out badly, giving Henley scarred for the rest of his life and bending to the left.

“I don’t know what I was thinking” said Walsh, “I was out of my mind a lot back then. I had just finished super gluing all the furniture to the ceiling and I was feeling bored. It was about 4AM and it was just Me, Mick Jones of Foreigner and Steve Miller still awake. Henley was passed out naked on the floor. His junk looked like bazooka joe wearing a turtle neck so I figured I would help him out and remedy the situation. I got out my trusty old Swiss army knife and went to work on him. I got half way through and realized I had no idea what I was doing. The knife was old, dull and rusty. The knife got stuck and Steve Miller pulled the rest off with a pliers.”

The following morning Henley awakened squirming in discomfort with his crap swaddled in gauze and duct tape. “I had no idea what happened,” said Henley “then I heard Miller and Walsh giggling uncontrollably in the other room. I was rushed to the hospital and I am now scarred for life, but it was all good clean fun. I can pee around corners now. That Walsh is an interesting bunch of guys.”