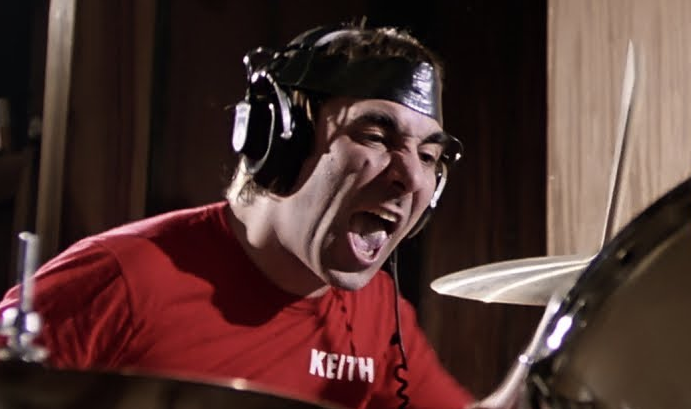 In 1978, rock ‘n’ roll was still popular. It only seemed that way while fighting off the pop, punk, and disco musical assaults. The top albums of the year addressed some of these developments and responded to them. The top songs of 1978 embraced new sounds as well to stay modern, adding disco bounce and punk aggression to their basic rock appeal. They managed to maintain rock ‘n’ roll even though it wasn’t always an easy mix.

Mick Fleetwood, John McVie, and producer Jackson Browne are among the roster of ’70s Los Angeles all-stars on Zevon’s lone Top 40 hit, which also serves as the centerpiece of his greatest album. The song satirizes the late 1970s appropriately, yet one of the tightest performances on Excitable Boy highlights that playfulness.

‘Just What I Needed’ – The Cars

The debut album of The Cars falls between between popular rock and the New Wave. With its bubbling synthesizers and shredding guitars performing well on practically every song, it lands somewhere in the center. The band’s first single, “Just What I Needed,” utilizes it more effectively than nearly every other tune on that excellent debut album.

Rod Stewart has a reputation for being able to adapt to shifting trends, so the success of “Da Ya Think I’m Sexy?” wasn’t entirely unexpected. Even though he still receives a lot of criticism for this disco hit, it is still superior to almost everything he recorded both before and after it. Furthermore, the rhythm section is quite tight.

‘Runnin’ With the Devil’ – Van Halen

Even though rock ‘n’ roll was having trouble that year, there were plenty of excellent album openers (four of the songs on our list of the Top 10 Songs of 1978 kick off their respective LPs). In addition to being the ferocious opening track of Van Halen’s self-titled debut, “Runnin’ With the Devil” has the honor of unveiling Eddie Van Halen, rock’s finest guitar player since Jimi Hendrix, to the globe.

Keith Moon passed away less than a month after the release of Who Are You, the final album by the original four, making it somewhat uneven work. At the moment, Pete Townshend appeared to be more focused on his solo endeavors than the band. The title tune, the Who’s final great song, is one of the few excellent songs he did manage to write for the album.

‘Prove It All Night’ – Bruce Springsteen

Springsteen’s 1978 album unfolds like a rock opera despite not being described as such since a recurring cast of people keeps popping up and it always takes a depressing turn. Although “Prove It All Night” was dropped as a single and charted in the Top 40, its position as the album’s last track represents the last glimmer of optimism.

‘Beast of Burden’ – The Rolling Stones

The Stones took a breather after Exile on Main Street in 1972 with a few albums that had some decent songs but were generally uninteresting. Beast of Burden is one of their finest hits ever, and Some Girls marks their massive return.

The debut album of The Police, like that of The Cars, doesn’t neatly fit into any one genre. Reggae definitely makes an appearance. It has elements of rock, pop, punk, and a little bit of reggae. But above all, it’s a fantastic showcase for three outstanding jazz and progressive rock artists. The standout track from Outlandos d’Amour, “Roxanne,” makes it one of the greatest debuts of the year.

Rick Nielsen, the primary lyricist and guitarist for Cheap Trick, was able to play both sides; he wrote Beatles-inspired songs with power-pop flair that weren’t beyond mullet-waving, Camaro-cruising guitar riffs. His best song is “Surrender,” a catchy, biting look at the generational gap that features one of the greatest choruses of all time.

‘Miss You’ – The Rolling Stones

The Rolling Stones desperately needed a boost of relevance towards the decade’s close. They transform Some Girls into their finest record in six long years by finding solace in punk and disco sounds. The dance-floor shuffle of “Miss You” is as much about that as it is about the band’s propensity to stay together under duress. Even though it leans more toward disco, “Miss You” is fundamentally a Stones song.