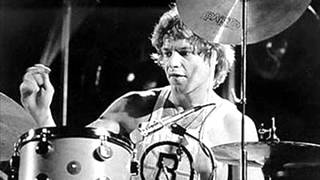 Naturally, those who dedicate themselves to music at some point feel that everything is already done and that for that reason they do not have an opportunity to innovate but the reality is that this is a subjective phenomenon that they need to overcome to make all those potentialities known.

To better understand what this is all about, it is worth dedicating a little to know the trajectory of Bill Bruford who on multiple occasions has confessed that he had not the remotest idea of ​​what he was going to do with his life.

Bruford was part of many groups but in none of them had he managed to spread his wings or what is the same: He had not been seen as he really was. One of the things that he felt was limiting him was the fact that he also knew jazz.

His golden age was framed between 1968 and 1974, first with Yes and later with King Crimson. He played on the first five British Yes albums, including the stupendous Close to the Edge (1972), his last contribution to the band in almost twenty years. He returned to record the album Union (1991) and endured the corresponding tour.

Well, Bill was an expert when it came to being spontaneous and the most ironic thing is that it was quite difficult for this man to share everything he knew with others since these kinds of teachings are very difficult to transmit. Bruford is quite an institution, and he demonstrated this during his drum solo performance in France back in 1982.