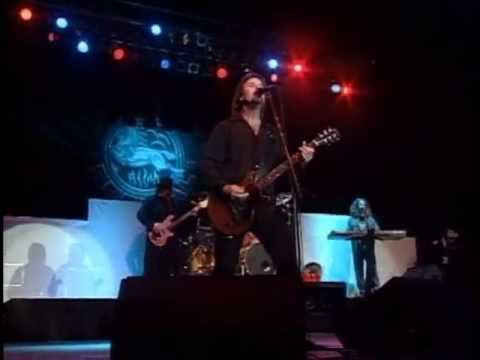 When bands like .38 SPECIAL leave that immaterial mark on their work, that fragment of their soul that makes you immediately return to that booth in those years, with people who believed that their music was the best way to convey emotions and feelings.

hat desire to leave their footsteps marked in albums where we only hear a rock as sentimental as it is sensitive, partying, and full of joy. Each theme with its style, with its motive to make you puff up your chest and then release all that pink smoke that hides in your lungs.

Beautiful music, that makes you close your eyes as you drive and then open them, and find yourself in a different time. See that now you are a true American “wild-cowboy” preparing his things for the next expedition to the US El Dorado (California). All that remains is to shout “Go, go!”, While you let those smiles and those kisses take you by the hand until you lose yourself in each phrase, each word outlined with an emotion of infarction, with a feeling that sticks to you, the enthusiasm for no reason.

America’s fifth LP .38 SPECIAL (captained by Donnie Van Zant and the still fierce Don Barnes) follows the line strongly marked by Wild-Eyed Southern Boys (1981) last year. While those symbolic spoonful of patriotism and Blues-Country roots still do not completely disappear, the compositions, even more than in the previous album, move towards the catchier melodies, stadium hymns, and tributes to the modernity of the time.

Special Forces makes me ask the following: How did they do it? How simple musical instruments and a human voice can make all the hairs on your body stand on end and smirk? The special Caught Up in You, makes you feel amazed, hypnotized, in tune with what they want to convey: the survival instinct being rescued by the torrential flow of hormones that increase the pressure of blood, they make legs shake and generate cold sweat.

Rock is just Rock. A musicality that manages to make you bend and surrender to that divine manifestation of what we carry inside. Lyrics that make you say “Yes! Yes! I was there! I experienced something like this! ”. Priceless.