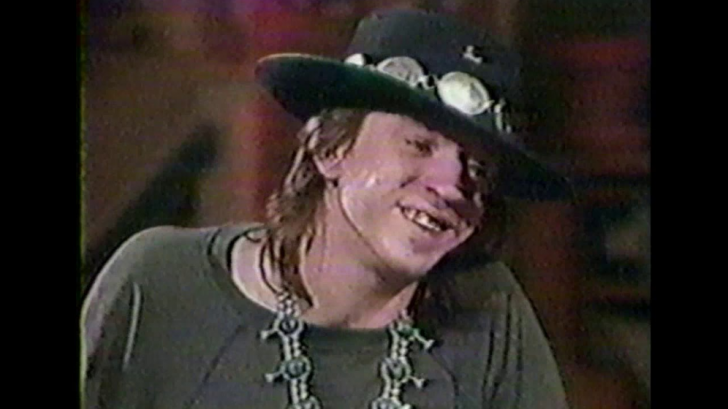 Stevie Ray Vaughan is to blues/rock what Charlie Parker is to jazz or Willie Dixon to blues; it is to the guitar what Jimi Hendrix was in the 60s or Rory Gallagher in the 70s; and after more than 20 years since his death, today, he is a legend, a myth whose music continues to live and be part of our lives.

He was born on October 3, 1954 in the Methodist hospital in Dallas (Texas), and at 7 he already had his first toy guitar, although it was not until 9 when he bought his first album, specifically Lonnie Mack’s “Wham” , whose copy ended up stamped against the wall of his house because of the envy that corroded his father (frustrated musician) every time he put it on the player.

One of his best moments was when he first appeared in a live TV interview on July 23, 1983 – Stevie Ray Vaughan’s First MTV live appearance was filmed in New York.