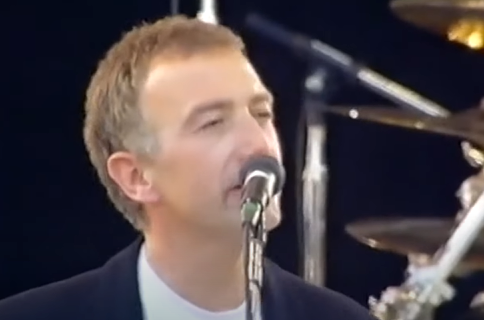 The Freddie Mercury tribute concert for the awareness of AIDS was held at Wembley Stadium on April 20, 1992, five months after the death of Freddie Mercury, and attracted more than 72,000 spectators,

Freddie Mercury died of AIDS – due to a lung condition related to this ailment -, at the time a little-known disease, on November 24, 1991. Brian May, John Deacon, and Roger Taylor, the living members of Queen decided to organize a concert to pay tribute to their partner and friend Freddie Mercury.

During the concert in the old Wembley Stadium, at the top of the stage, a figure of a giant Phoenix was placed, which is the distinctive symbol of the Mercury Phoenix Trust Foundation against HIV, and was chaired by Mary Austin, friend, and partner of Freddie Mercury. The rights of transmission of television, radio; and the proceeds from the sale of the tickets went to this cause.

John Deacon started the concert with an introductory speech and you can definitely see the tears in his eyes. Keep going for the video below: