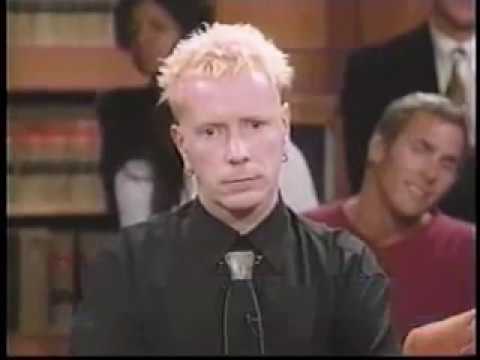 Judge Judy was a reality tv courthouse program that aired from 1996 to 2021, in which renowned Manhattan Family Court Judge Judith Sheindlin ruled over civil litigation cases at Sunset Bronson Studios in Los Angeles.

One instance stands out in particular throughout the span of 25 seasons and 6280 episodes. Former Sex Pistols and Public Image Limited vocalist John Lydon appeared on the show in late 1997, defending himself against a $5000 claim for lost earnings and “civil battery” filed by “disgruntled” former Captain Beefheart and the Magic Band drummer Robert Williams, who cancelled a tour in support of Lydon’s 1997 solo studio album, Psycho’s Path.

After the legal dispute, the frontman of Public Image Limited addressed the programme regarding his court success.

“This is an insane business and people tend to be a bit… wack,” he said. “I understand ‘no’, Judge Judy understands ‘no’. Mr. Williams doesn’t. I think he’d be better as a painter and decorator.”