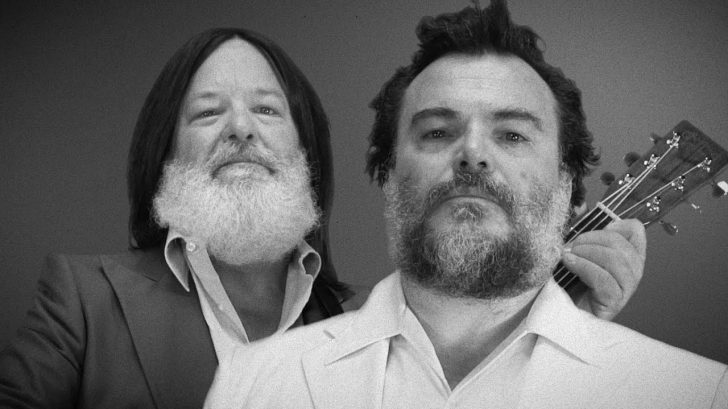 Early ties between Tenacious D and Dave Grohl and Eddie Vedder enabled the band get off the ground. They have survived by covering classic rock songs.

The song “Flash,” composed by Queen guitarist Brian May, served as the soundtrack for the 1980 science fiction film Flash Gordon, featuring Timothy Dalton, who would go on to become James Bond. The guitar duel between Tenacious D is equally amazing.

“You Never Give Me Your Money,” The Beatles

Black was asked, “Beatles or Stones?” in a 2013 conversation with the band MomsLA. Black responded, “Oh, Beatles, first. The Stones are a little dark,” and then went into song to emphasize his argument. Black wrinkled up his face and sang the heaviest chorus from “Paint It, Black” after briefly singing the beautiful, upbeat Beatles lyric, “I wanna hold your hand,” then added with a mischievous smile, “You don’t start there. You don’t start with the devil. No, you start with the angel. Then you go to the devil later on.”

“There’s a Doctor,” The Who

“Who better to deliver a tribute to the greatest rock opera of all times? Who? The D! That’s who,” In a statement following the launch of “The Who Medley,” Tenacious D announced. “We’ve been working on this medley for 20 years. It’s finally ready to be unleashed. Crank it. It’s a humdinger. Enjoy.”

“Led Zeppelin, the greatest rock ‘n’ roll band of all time,” Black said as he paid tribute to the band at the Kennedy Center Honors in 2012. “Better than the Beatles, better than the Stones, even better than Tenacious D.” John Paul Jones, Robert Plant, and Jimmy Page could be seen laughing heartily as the camera moved around the audience. Black spoke up right away to support his claim: “If you don’t agree with me, it’s because you never did the Zeppelin marathon,” he said. “The Zep-athon is where you sit your ass down and listen to all nine Zep albums in a row, the thing that every true fan must do at least once in their lifetime. [It’s] the pilgrimage to heavy metal mecca.”

The 1969 single “Good Times Bad Times” has been covered innumerable times by musicians including Zakk Wylde, Godsmack, Ace Frehley, and Beth Hart. But this approach has never been done before.

“I don’t think Dio wanted to pass us the torch,” In 2021, Black revealed to The Ringer. “I think we stole it.” Black, a devoted follower of Ronnie James Dio, created the song “Dio” in memory of the former Black Sabbath and Rainbow singer after his passing in 2010.

“Crazy Train,” which was released in 1980, has been used in a range of circumstances, notably Mitsubishi automobile advertisements, The Office, and The Simpsons. Osbourne hasn’t yet tried a mid-song cartwheel while singing it, but Black does it here.

This well-known Blue Oyster Cult song about the afterlife has received a fresh interpretation from many artists, not only Tenacious D. The legendary “More Cowbell” comedy sketch that aired on Saturday Night Live on April 8, 2000, has this piece as its backdrop.

April 1980 saw the release of Black Sabbath’s iconic Heaven and Hell album, which was mostly self-financed. Tenacious D shared same trait with Black Sabbath in that they both worked with equal commitment to complete their debut albums.

“Keep on Loving You,” REO Speedwagon

The well-known line, “You should have seen by the look in my eyes, baby,” is more applicable to Jack Black’s infamous wild-eyed grimace than to a pair of spellbound lovers enjoying a beautiful sunset together. Black’s uncatchable vocal performance in this footage seems like a magnificent mix of a screaming parrot and an electric guitar.

“And Your Bird Can Sing,” The Beatles

Tenacious D can perform, despite the fact that they are most known for their humorous renditions and lyrical modifications of well-known tunes. An entrancing guitar line from the Beatles’ “And Your Bird Can Sing” is provided by guitarists John Konesky and Kyle Gass.

“In the immortal words of Axl Rose,” Black, who has performed live with guitarist Slash multiple times, remarked when he received a star on the Hollywood Walk of Fame in 2018: “Where do we go now?” before breaking into Guns N’ Roses’ “Sweet Child O’ Mine.”

As a special guest, Tenacious D appeared on stage with the band they were honoring, Crosby, Stills, Nash, & Young. Ten years later, the two bands would reconvene for the Light Up the Blues performance benefiting autism awareness at the Dolby Theater in Los Angeles.

“Sunshine of Your Love,” Cream

This well-known Cream tune is a staple of Eric Clapton’s solo performances. “Sunshine of Your Love” was the encore when the 1960s group performed a few reunion shows in 2005. Black can demonstrate his vocal range in Tenacious D’s rendition of the song.

In 1970, four people were shot and killed at Kent State University, prompting Neil Young to write the protest song. Tenacious D played the song at a Get Out & Vote concert in Milwaukee in the fall of 2008 that also included Graham Nash and David Crosby. Black interrupts the song in the midst because he believes they are “butchering a classic.”

Tenacious D gave the Beatles’ “Taxman,” from the timeless 1966 album Revolver, a new twist. George Harrison wrote the song as a scathing critique of the supertax system in Britain.

“Squeeze Box,” The Who

Pete Townshend composed “Squeeze Box,” one of the Who’s most well-known songs, which debuted at No. 16 on the Billboard Hot 100 list in 1975. At the 2008 VH1 Rock Honors, which honored musicians who significantly influenced the development of rock ‘n’ roll, Tenacious D performed the song.

On May 19, 2011, the duo performed a rendition of the classic Black Sabbath song “War Pigs” on The Tonight Show Starring Jay Leno.