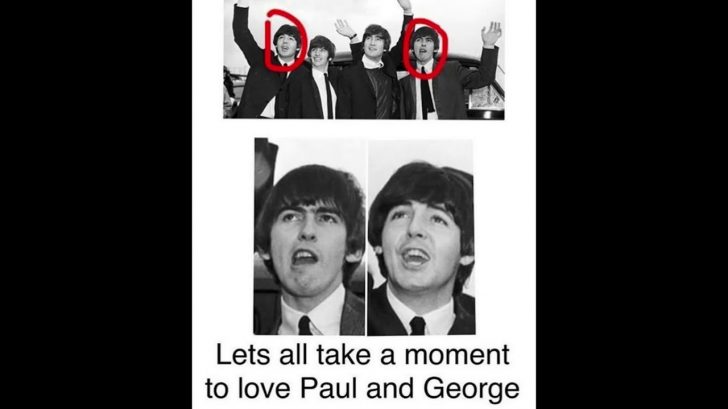 These hilarious Beatles quotes and jokes will get you laughing in no time. It includes all the best John Lennon and Paul McCartney cracks, not to mention the most humorous quotes from The Beatles interviews.

“Journalist: What is the reason you are the most popular singing group today?
All four: Don’t know. No idea.
John Lennon: If we knew, we’d get together four boys with long hair and be managers.”

Journalist: Would you like to walk down the street without being recognized?
John Lennon: We used to do this with no money in our pockets. There’s no point in it.

4. Stamp Out The Beatles

Reporter: There’s a ‘Stamp Out The Beatles’ movement underway in Detroit. What are you going to do about it?
Paul McCartney: We’re going to start a campaign to stamp out Detroit.

Reporter: What do you think of the criticism that you are not very good at?
George Harrison: We’re not.

Journalist: Ringo, how do you manage to find all those parties?
Ringo Starr: I don’t know. I just end up at them.
Paul McCartney: On tour, we don’t get out much. Ringo’s always out though.
John Lennon: Ringo freelances.

Reporter: What will you do when Beatlemania subsides?
John Lennon: Count the money.

Reporter: What did you think when your airplane’s engine began smoking as you landed today?
Ringo Starr: Beatles, women, and children first!

Reporter: Girls rushed toward my car because it had press identification on it and they thought I met you. How do you explain this phenomenon?
John Lennon: You’re lovely to look at.

Reporter: Recently there has been an article published in Rolling Stone magazine stating that Day Tripper was about a prostitute, and Norwegian Wood was about a lesbian. What was your intent when writing these songs?
Paul McCartney: We were just trying to write songs about prostitutes and lesbians

Reporter: Beethoven figures in one of your songs. What do you think of Beethoven?
Ringo Starr: He’s great. Especially his poetry.

Journalist: Do you fight among yourselves?
John Lennon: Only in the mornings.

Reporter: You were at the Playboy Club last night. What did you think of it?
Paul McCartney: The Playboy and I are just good friends.

Journalist: Why are your speaking voices different from your singing voices?
George Harrison: We don’t have a musical background.

Reporter: Does all the adulation from teenage girls affect you?
John Lennon: When I feel my head start to swell, I look at Ringo and know perfectly well we’re not supermen.

Reporter: Don’t you ever get a haircut?
George Harrison: I had one yesterday.
Ringo Starr: You should have seen him the day before.

Reporter: Do you worry about smoking in public? Do you think it might set a bad example for your younger fans?
George Harrison: We don’t set examples. We smoke because we’ve always smoked. Kids don’t smoke because we do. They smoke because they want to. If we changed we’d be putting on an act.
Ringo Starr (whispering): We even drink.

Paul: Why don’t you just quit and live in an “Octopus’ Garden”, Ringo? John: Yeah! And take your “Yellow Submarine” with you! George: “Boys”, let’s say “Good Night” and leave.

John Lennon: No more unscheduled public appearances. We’ve had enough. We’re going to stay in our hotel except for concerts.
Journalist: Won’t this make you feel like caged animals?
John Lennon: No. We feed ourselves.