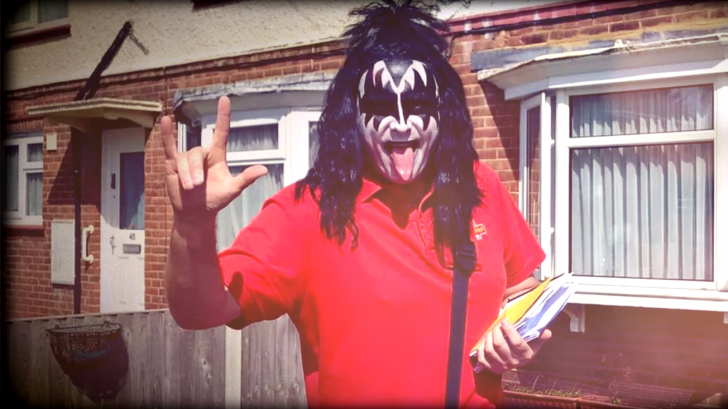 Gene Simmons is currently one of the world’s most vocal artists.

Simmons, one of the group’s frontmen, has established a solid reputation in both the music and, more lately, the opinion-forming industries.

So we decided, why not start with several of the musician’s finest quotes, who is now 72 and was born in Israel? Here are the top 20 Gene Simmons quotations.

1. “When you are a rock star in front of 20,000 people, you receive instant gratification. A rock star on tour is a king in his domain.”

2. “I don’t wanna go on vacation. There’s nothing about it that appeals to me. People look forward to doing that; I look forward to getting up every day and doing something.”

3. “I’m from Israel, so America has no limits. I started a record label, and then I started managing other artists, like Liza Minelli.”

5. “I would urge all bands that say they only care about credibility and don’t care about money to send Gene Simmons every dollar that they don’t want. I’d be happy to take it off them.”

6. “Before a show, you might have aches or pains, or it’s a bad rainy day, or it’s too humid. We all complain about stuff. But… how do I put this poetically? Once it’s the roar of the crowd and the smell of the greasepaint, forget it. Once the adrenaline kicks in and your chest expands, you forget about all that.”

7. “Life is too short to have anything but delusional notions about yourself.”

8. “I’m fascinated with myself and love hearing the sound of my own voice. I’d like to hear what I have to say. A lot of people don’t like being alone because they truly don’t like themselves, but I love me.”

9. “Live and think like a poor man and you’ll always be OK.”

10. “Never underestimate the power of being popular in pop culture. You have to be able to do something. You can have a good seat at the restaurant, but you still have to pay for the meal. Fame is important, but to be rich is more important.”

11. “I am an entrepreneur in the classic mold. No matter what I do—outside of sticking my tongue out—I tend to make money, and quite a bit in non-KISS stuff.”

12. “I have to have an emotional connection to what I am ultimately selling because it is emotion, whether you are selling religion, politics, even a breath mint.”

13. “Never negotiate with kids. They don’t have life experience, and they don’t have repercussions for bad decisions; they still get fed and housed.”

16. “The root of all evil isn’t money; rather, it’s not having enough money.”

17. “James Bond has a license to kill, rockstars have a license to be outrageous. Rock is about grabbing people’s attention.”

18. “My mother had a horrific life. At fourteen, she was in the Nazi concentration camps. Her sense about life now is, every day above ground is a good day.”

19. “My mother is probably the wisest person I’ve ever known. She’s not schooled, she’s not well-read. But she has a philosophy of life that makes well-read people seem like morons.”

20. “If you’re the greatest, it’s okay to say you’re the greatest. My suggestion to everybody is to be their own greatest fan. Weaker personas and personalities define that as egotistical or arrogant, but what it means is their self-esteem isn’t that strong.”