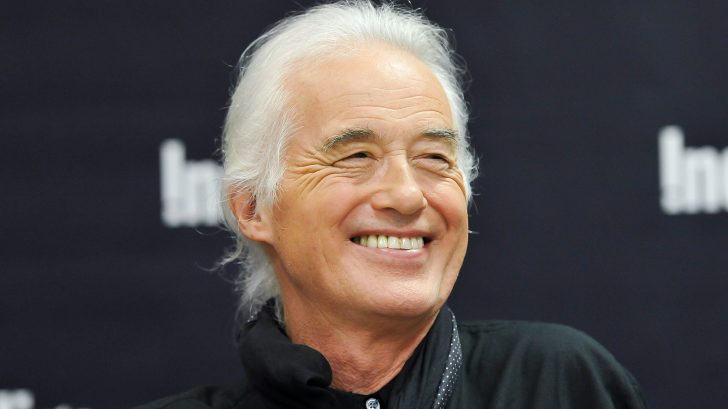 Rock stars may have enough wealth to get everything on the menu, but it doesn’t automatically mean they’ll order the most costly item.

Many of rock’s biggest stars are exceptionally healthy foodies, while others astonish us with the amount of sugar and carbs they consume. It benefits them, and several have converted their passion for food into a yummy side business along the road.

Below are the 20 Rock Legends Reveal Their Favorite Food:

Jimmy Page’s spectacular career is peppered with references of multi-platinum records, Grammy awards, admission into the Rock and Roll Hall of Fame, and Indian food. In reality, it created at least one problem while on tour. “The band ordered some Indian food and a whole bunch of it spilled on the floor,” recalled engineer Eddie Kramer to Rolling Stone. “I asked the roadies to please clean it up. The studio was brand new and I had a lot of pride in it. Suddenly [Led Zeppelin] are yelling, ‘You don’t tell our roadies what to do!’ And they pulled out; they left, and I didn’t speak to them for about a year!” Indian food has been a staple backstage at Led Zeppelin shows, and every time Page’s birthday rolls around on January 9, there will be a tweet mentioning his love for dishes from the Far East. Influences from Indian culture have also appeared in the band’s music, including the epic ascending riff in “Kashmir.”

“If we’d just counted the meals that we ordered and were never eaten it was probably a million,” the Stevie Nicks told The Telegraph of her regular hotel food orders during tours.

“I always promised myself that if I ever made any money, I’d have a pond at the bottom of the garden,” said Daltrey in the U.K.’s Far Out Magazine, “and now I’ve got it.”

“A significant part of my diet are these oat pancakes that I eat,” Ulrich told the New York Post. “They’re made of egg whites, oats, fat-free yogurt and a little Stevia. That’s my carbs.”

“You know how I swing when I come to London? Bangers and beans goddammit! I swear to God, on my life, that is my favorite meal in the world. I could eat it seven times a day for the rest of my life,” Grohl told NME.

“I’m a Merlot-crazy man, and sitting down to a shank of lamb with a Merlot… is about as good as it gets for me,” Mick Fleetwood told Wine Spectator.

“We do a lot of Italian food. We’re carnivores, so it’s a ton of grilling, braising, stews, things like that. And, of course, Sunday gravy and pasta,” Benatar told Woman’s Day.

“I DARE you to finish a Poison Burger,” Alice Cooper said regarding the addition to the menu at Rock & Brews restaurants in 2021. “Unlike my guillotine, the Poison Burger doesn’t pose any mortal danger, but it is NOT for the faint of heart.”

“I asked them all what their favourite food was, and Brian May came back with grapefruit.” In an Instagram post in January 2020, the Queen guitarist also referenced grapefruit as he spoke up about his struggle with depression. “There’s something about this time of the year that paralyses me.”

Bono and Edge have never hidden their love of pizza, and whenever they go out for a piece, they always gather an audience. The U2 guys were discovered by TMZ cameras (and supporters) at Famous Ray’s Pizza in Nyc, and the restaurant became so packed that they had to be escorted out by authorities.

Ozzy Osbourne is a self-avowed cheese enthusiast, and the issue has come up numerous times during his public career. The renowned musician was spotted buying specialty variations at The Cheese Store in Beverly Hills in 2013, at a “dark” period when he was battling drugs again and was estranged from his wife, Sharon.

Soon after Joe Elliott’s father passed away in 2011, DefLeppard.com issued a story from the band’s tour manager, Malvin Mortimer, emphasizing Elliott’s personal attachment to his father. “In 1978 Joe asked his dad for some help to finance the recording and release of the first few songs written by the young and up and coming musicians. Joe senior put up 150 UK pounds (at that time, about $500). They recorded at Fairview Studios in Hull, East Yorkshire, it cost 148.50 and with the loose change they shared fish and chips on the way home.”

Steven Tyler, the main singer of Aerosmith, is not afraid of carbs. Many of his favorite dishes, in fact, would assist the regular person carbo-load for a race. Tyler loves homemade chicken pot pie.

When writer Warren Zanes visited Tom Petty’s residence before writing Petty: The Biography, he dropped a snarky remark about how excellent the coffee they were sipping, and Petty instantly roused up and smiled, and “went for 20 minutes, maybe more, talking about what a good cup of coffee should be, how to recognize one, where to find one.”

Wilson responded to a Reuters question on her diet by saying, “No. We all eat as well as we can. But on the road that’s next to impossible! We’re at the mercy of where we play and the catering that we get wherever we go, or the hotel. When we’re on longer tours, we have our buses with panini makers, and we take our crock pots and we make our own food on the bus a lot so that we can get good food.”

Paul McCartney has been a vegan and animal welfare campaigner for many years, co-founding the Meat Free Mondays movement with his children Mary and Stella in 2009. The Black Bean Burger is a family favorite that was featured on Meat Free Mondays and in Mary McCartney’s cookbook At My Table: Vegetarian Feasts for Family and Friends.

For many people, cereal directly from the container is plenty, but for Gene Simmons, cereal is much more of a meal starter. “Ok kids. This is real. I’ve been doing this for decades and never knew people thought it was weird,” Simmons said on Twitter. “I guess I invented it…Here are the ingredients. 1-Cottage Cheese 2-Oatmeal 3-Whipped Creme (& Splenda) 4-Blueberries or other fruit. Mix and eat! Delish!”