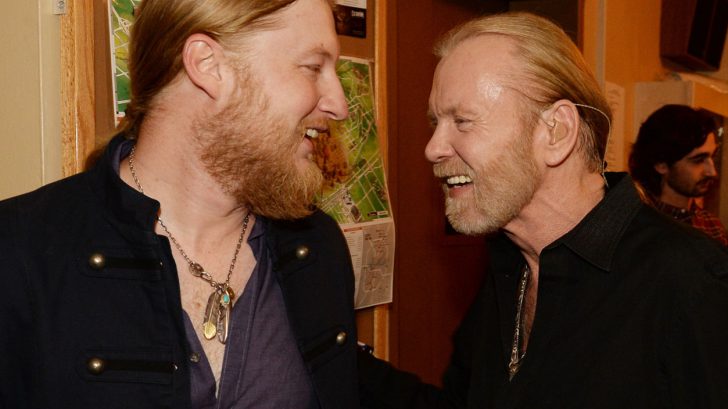 Derek Trucks has lived one hell of a life.

A child prodigy who played his first paid gig at the age of 11, opened for The Allman Brothers Band at 13, joined The Allman Brothers Band by 20 and by 35 had already been named one of Rolling Stone’s 100 Greatest Guitarists of All Time not once but twice, Derek’s life could have gone the way of so many other young talents if not for his own sound decision making skills and the steady guidance of the mentors in his life, including late legend Gregg Allman.

A recent interview with Rolling Stone found Trucks reflecting on his relationship with Allman; from their first meeting when Derek was a child to their last visit just weeks before Allman’s death, Trucks revealed a very private but “very sweet” man who despite being quite shy and reserved offstage never shied away from telling it like it was, especially when it mattered – and the most important piece of advice he ever gave Derek is proof:

“It’s pretty seared in my head. I was probably 14, and I was playing in Gregg’s solo band and living at his place out in Novato, California. He had this Corvette with a vanity plate that said “Baby Bro.” He took me for a spin.

I drove on this abandoned road, and then he got back behind the wheel and told me, “Look, you can do a lot of s—. But do not mess around…” He was specifically talking about heroin. He was like, “Do not do it.” And he showed me his arms, and he said, “If any of the potholes I’ve hit are to not be in vain, people have to learn from it.”

That’s one of the few pieces of advice I remember getting from anybody, and it sure as hell stuck.”

That’s some pretty solid advice, and judging by the glowing career Derek has enjoyed for the better part of the last two decades and the ever increasing trajectory he’s still on, Gregg’s words really did hit home. It’s one thing for your hero to take you under their wing, but it’s another thing entirely for them to take a vested interest in your health, happiness, and success.