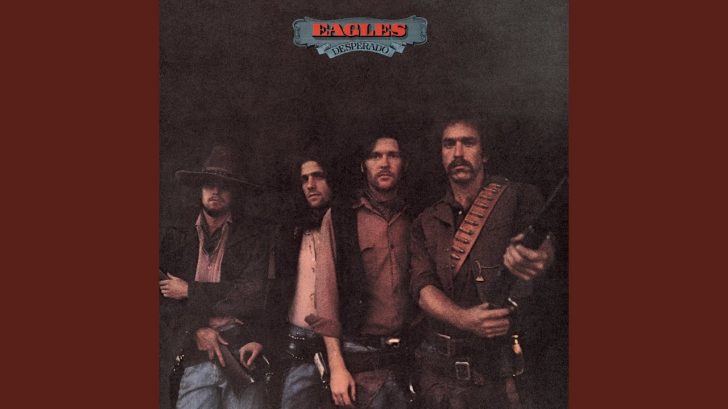 The Eagles’ second album is a concept album. But not in the way of others dealing with deep existential crises, insanity, the rise and fall in the world of stardom or the dark side of society. The Eagles’ concept album is about the Far West, about cowboys, Colt revolvers, and outlaws.

Unfortunately during the composition and recording of this album the quarrels between the members of the band begin: Frey and Henley begin to monopolize the credits of almost all the compositions of The Eagles, thus obtaining juicy royalties; the other half of the group, Meisner and Leadon are not happy with the situation. Tense situations begin to unfold like a kind of Cold War that would have chapters of authentic conflict not long after.

Below are the 3 Of The Most Underrated Tracks In ‘Desperado’ By Eagles:

“Doolin Dalton” stands out for its solemn spirit, with a harmonica ringing between acoustic guitar chords until the entire electric guitar band, included, joins in. One can imagine it as piped to music at a campfire camp under the stars somewhere between Texas and New Mexico.

“Outlaw Man” is a version that the band considered interesting to include given the conceptual nature of the album. It has a very Neil Young sound, both the quite electric tone and Frey’s voice, which sounds a bit nasal like that of the Canadian.

“Bitter Creek” with an acoustic and also folky spirit has a mysterious, almost mystical melody; evokes swamps and dark forests like those of California.