The Decline of Rock!

There was a time ROCK MUSIC WAS THE MOST DOMINANT FORM OF MUSIC! Maybe the main cause why rock music is DECLINING is that mostly we’re living Better Lives now. There was a certain time Angst, Disconfirm, and Rebellion in the Society that produced one of the most inspirational music. There was never a thing back then that is accessible at our fingertips like it is now. We never had the internet or something. I think POLITICAL issues in today’s world may Awaken some of that Dissatisfaction spirit back, so we may have a CHANCE of hearing great music again – no pun intended.

As much as we hate to say it, people who suffer the most create the best music, and as we can see we’re much happier now.

1. Rock Is No Longer Mainstream The beginning of Rock and Roll emerges out of blues and boogie-woogie in which American Youth adopted it. This music genre began to fall from the mainstream. These were the good times we had. Chuck Berry, Little Richard, and Elvis Presley. Without these three, we would have never known what ROCK N’ ROLL was.

But what happened? How come rock music is DECLINING in today’s music scene? People like us never really listened to anything but rock music so what happened to this GENERATION? Who is to BLAME?

Today’s music scene has become LESS GENRE SPECIFIC. A lot of people have been DIVERSIFYING their tastes in music though there are still people like US who are still FIERCELY LOYAL to ROCK N’ ROLL. For us, Rock Music will always be FOREVER and we don’t care how popular it is now, we love it and will continue to LOVE, CREATE, and LISTEN to it.

2. Record Companies No Longer Supports Rock Music In A Way I guess for Rock-Influenced musicians who are striving to be successful in this kind of music scene SHOULD not quit their day job, it’s not advisable anymore.  There was a time when record companies fully SUPPORT rock musicians, they gave EVERYTHING that artists needed because they were somehow a BELIEVER. They were HOPEFUL in creating the NEXT Beatles or Rolling Stones or Jimi Hendrix. They support them in Every Step of the way.

So can we finally say that ROCK IS DEAD? I believe that rock never died because of its Old Age. Rock Music was Murdered by record companies. Don’t get me wrong, there are still some record companies who somehow support this kind of music genre but are somewhat powerless. Kids who are still hanging in this genre will never have anywhere near the same opportunity that Performers before had. They will most like Fail Miserably and Be Ignored. 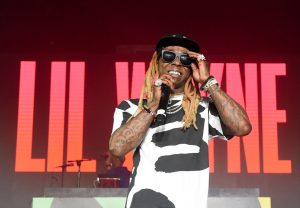 I think this is the time to Accept the Fact that ROCK IS NOT COMING BACK to the same outstanding POPULARITY where it USED before. The forefront of popular music had begun the Gradual Decline of rock music. Regardless, the Grunge Movement did back in the 90’s, it was more likely the Last Stand for the chance of rock music returning to its Dominance.But I’m not trying to impose that rock music ISN’T popular.

The New Music Scene and the industry that surrounds it has just gained mass size in the same that rock has also grown, though at a more slower pace.  So it’s unlikely that a massive Rock Revival is possible, but there is STILL hope that TONS of Great Rock Groups are still making Great Music – though sounding differently not the same way like those we’ve heard in decades prior. This is not the first time that Rock N’ Roll has taken a back seat to NEW TRENDS.

I guess it is Fair to say that it’s not a Bad Thing. People will always have the FREEDOM to listen whatever they want, and we are not ANYONE to judge that.

One of today’s rock groups that giving us real music in today’s world. There is still hope folks.