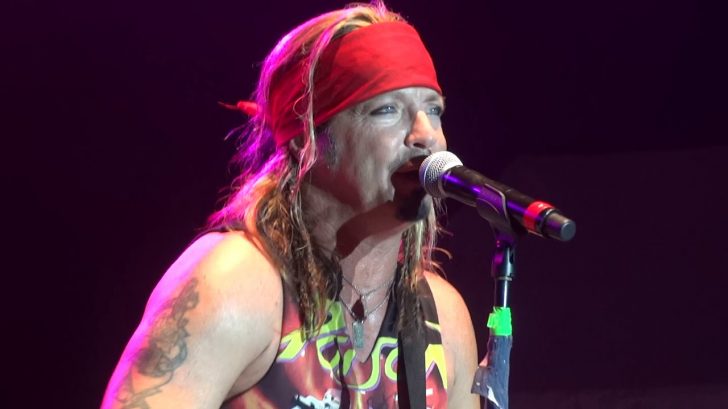 Bret Michaels and his group Poison gained fame in the hair metal era in the 1980s, alongside bands like Ratt, Dokken, and Motley Crue. By the 2000s, Michaels had launched a new profession as a reality TV star on the successful show Rock of Love, in which a household full of women fought for the opportunity to form a relationship with the iconic rock singer.

Between his celebrity heights, Michaels has dealt with some significant challenges, namely overcoming a major automobile accident in the 1990s and being shot at during on tour in the 2000s. And, through it all, Michaels has remained humble and mindful of his origins. We look back at the 5 Bret Michaels Stories That Would Make You Love Him Even More:

Bret Michaels has devoted most of his attention to philanthropy and charitable activities for those who need it. Michaels, a lifelong diabetic, chose to aid youngsters battling ailments similar to his own after launching his musical journey in the 1980s. Michaels revealed why he developed a willingness to help others in a conversation with Global News. “I got my entrepreneurial, freestyle spirit from my parents. (My dad is a veteran, and I have massive respect for all vets, past and currently serving.) Anyway, I was the only diabetic kid in my entire elementary school, and they started a diabetic camp, and that’s where my philanthropy came from. I would go there every year, at camp or as a counselor,” he said. Later, the musician would send additional diabetic children to a similar camp, collaborate with Make-A-Wish, and establish the Life Rocks Foundation.

HUMBLE BEGINNINGS OF BRET MICHAELS AND HIS DETERMINATION TO SUCCEED

Bret Michaels’ diabetes issues influenced his quality of work and determination to excel. In a 2020 interview with Music News, Michaels discussed how he overcame adversity by converting problems into strengths.

“From the beginning I was always a guy who thinks positive. I find a way to get it done,” Michaels said. “When I would run out of insulin and my parents would have to help, or they couldn’t send it out in time, I would literally go down to the clinics in Hollywood, and they’d give me insulin. It all made me resilient and determined, and most importantly, grateful when the second half came along.”

When Michaels and his Poison comrades first became famous, they accomplished so as an indie group, doing most of the labor that a large record company would generally perform. Bret Michaels was ecstatic about their early stages when they had to fight their way to the top. “My big signing day and signing party for Look What the Cat Dragged In (Poison’s debut studio album, released August 2, 1986) was sitting on a floor in El Segundo, California, shrink wrapping my own albums,” he recalled. “You know those stories about private jets and limos? I’d love to tell you that happened, but none of that happened.”

WHILE FILMING ROCK OF LOVE, BRET MICHAELS DIDN’T ACTUALLY STAY WITH THE GIRLS

Fans of Rock of Love will remember the renowned Bel Air Mansion as the background and holding area for Michaels’ numerous optimistic admirers each season. According to Cheatsheet, the former producer of the program revealed how Michaels wasn’t frequently at home throughout her Ask Me Anything appearance on Reddit. He wouldn’t stay in the same household as any of the females since, as it turned out, his bedroom was yet another set-piece. “He did not stay in the house with the girls,” the Rock of Love producer mentioned. “He would go back to his crib, and production would call him to come back for challenges or if drama was going on.”

Some other aspect you might not know concerning Bret Michaels is who he votes for – since he does not really would like you to know! Considering their past, it may be apparent who he supported in the 2016 and 2020 elections. According to The Tampa Bay Times, Michaels starred on Celebrity Apprentice in 2009 and fought to collect cash for a foundation that supports diabetes research. Before joining the show, Michaels had met with both of Donald Trump’s sons, Donald Jr. and Eric, at earlier fundraising. Michaels claimed that his connection with the previous president was centered on assisting others and that he’s never observed Trump being nasty to women or minorities while on the program. “If he was tough on anyone, he was tough on me,” Michaels said during his interview with The Times in 2016. He also said Trump was an “amazing businessman” who “gets stuff done” and “was extremely great around my family and my kids.”

“I’ve never seen him do anything but talk about America and being an entrepreneur,” he said. “And it really fires people up. I really, truly believe, if we give him a chance, I think he’s going to do a great job.”

The “Talk Dirty to Me” singer has become a creator of pet accessories, all of which he designed himself. Michaels and Petsmart collaborated in 2012 to produce a Pets Rock Collection featuring toys, clothes, beds, doo-rags, vinyl boots, a guitar-looking toy, and a tour bus toy.

Michaels tried the items on his two German Shepherds, Diesel and Phoenix, throughout the prototype process. “I’m a drealist,” he said, per People. “I’m a dreamer with a creative brain, but I’m also a realist. One idea may sound great, but let’s try to get this on the dog. It’s all meant to be a lot of fun.”  Michaels’ dogs calmed him by providing him genuine affection in 2010, while he was enduring heart surgery and battling a brain hemorrhage.