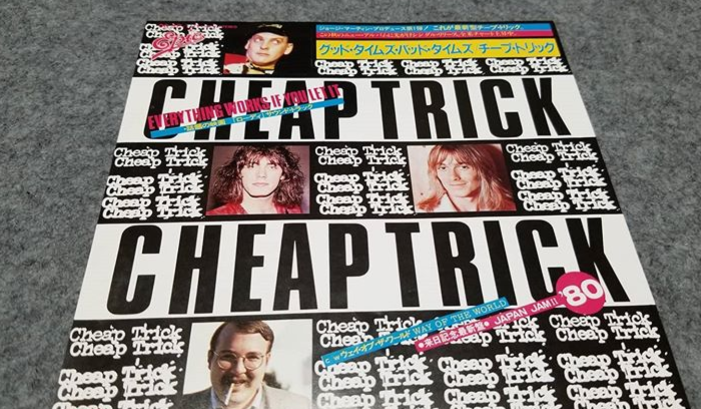 Brilliant, imaginative, eclectic, exciting, unpredictable, energetic … these are some adjectives applicable to one of the most underrated rock formations of the late 70s: Cheap Trick.

The band was composed in this beginning by a great songwriter and guitarist named Rick Nielsen, anti-dive played with a fresh sense of humor; a huge singer with a multitude of good looks who goes by the name of Robin Zander; and two excellent instrumentalists for the rhythm section, bassist Tom Petersson and drummer Bun E. Carlos. Four characters who recorded a series of essential albums such as “Dream Police”, “In Color”, “Heaven Tonight” or the one at hand, their self-titled debut album. Below are the 5 Career-Defining Songs Of Cheap Trick:

The only Cheap Trick single to reach number one in the US, the group were originally hesitant to record this song, written by Bob Mitchell and Nick Graham. However, it ended up becoming one of their most recognizable tunes.

This Fats Domino tune provided them Cheap track for the 1979 live album Cheap Trick At Budokan. There’s carefree energy here, with Zander’s nearly grating vocals expanded by some powerful guitar sounds from Nielsen. Even if it’s a cover, the group did it incredibly and completely made it as their own.

The title track from the band’s most celebrated record, it has the progress and force of Cheap Trick in their prime. They never ignore the value of maintaining everything as simple but arranging it with class.

The first Cheap Trick single to achieve success in the US. From Heaven Tonight, it’s the story of a boy dealing with rock’n’ roll parents – a twist on the generation gap. With this song, the group found their sound, combining inventive musicianship with youth-friendly music, all performed with an efficient oddity.

The most renowned of all Cheap Trick tunes, this first appeared on In Color but reached into its own with the version on …At Budokan. Written by Nielsen as an excessive pop joke, the twist is that it became a straight pop-rock masterpiece. Everything we embrace about Cheap Trick is here.