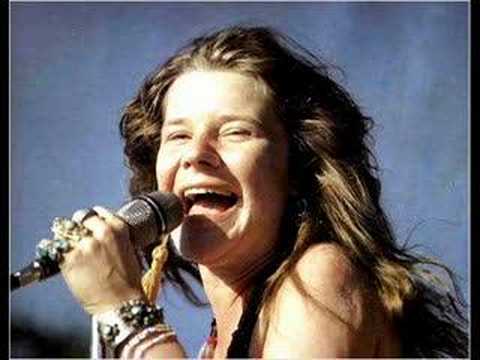 It’s hard to believe that half a century has passed since these songs were released. But there they are, as fresh and undaunted as if they had been recorded today.

The song that those from Liverpool recorded during the sessions of the so-called White Album, although it was not included in it and was released as a single. Happy composition by Paul McCartney dedicated to Julian, John Lennon’s son, who over time acquired more anthem status than “All You Need Is Love” itself.

Piece of My Heart – Janis Joplin

From the album Cheap Thrills (Columbia, 1968). Big Brother and the Holding Company were a regular group in San Francisco until they were joined by Janis Joplin, who with her voice and performances revolutionized everything. This phenomenal version of a song originally recorded by Erma, Aretha Franklin’s sister, turned Janis into a universal performer and a goddess of blues and rock.

If The Who had made an explosive version of this original piece by the great Eddie Cochran, the Californian trio Blue Cheer took it to the grounds of the loudest and most thunderous roar. A dizzying subject. Many claim that this and no other is the first heavy metal in history.

A classic love theme folk-rock of the sixties. Written by Paul Simon, the song was the subject of a key film of that decade: Mike Nichols’ The Graduate, starring Dustin Hoffman and Anne Bancroft (as Mrs. Robinson). Rhythm guitars and percussion are as inventive as they are precise. The inclusion of the phrase “coo-coo-ca-choo” is a self-confessed tribute to “I Am the Walrus” by the Beatles.

Hey, I Love You – The Doors

Released in June 1968 as a single along with “Love street” on the B side, it was No. 1 in the United States and caused conflict for being considered plagiarism of “All the day and all of the night”, Ray Davis of The Kinks and The song’s author sued The Doors and won the lawsuit.