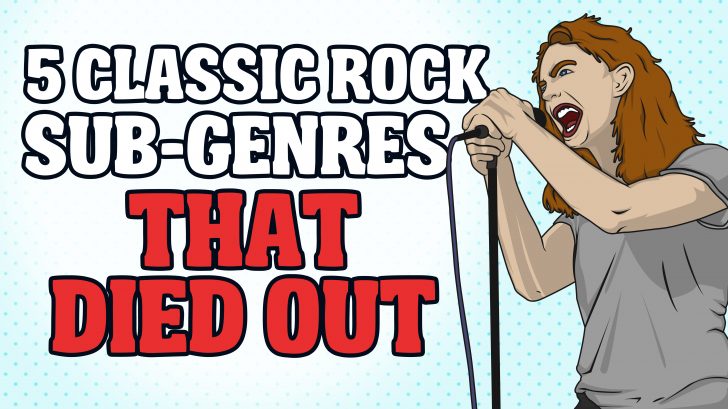 Where have they gone to?

Things had changed since then. Music today has become less interesting, that’s why we’re still hanging on to our favorite classics. What happened to these classic rock sub genres? I guess, just like any other things, changes are constant. Some of us, never had the chance to experience one these genres (Thank you internet for being there with us…) and some of these we never heard before. Times are changing, but let us not forget that this genre made rock music great and we should all be thankful of that. If not for these, music had already died with them. Taking all that into account, what genre are you into?

“Glam rock (also known as glitter rock) is a style of rock and pop music that developed in the United Kingdom in the early 1970s performed by musicians who wore outrageous costumes, makeup, and hairstyles, particularly platform shoes and glitter.”

We all have enjoyed Glam Rock in our days, like the band Kiss (one example that we all know), and some might argue that Kiss was never Glam, but rather a Heavy Metal band. But as you can see the definition of this sub genre, it certainly defines that Kiss are Glamorous, with all that makeup and glittery costumes (except for Gene Simmons, he had a scary one)…

Decades have gone by, Glam Rock has not given any influence in today’s music (maybe) or the influence of having a glamorous look and costumes.

This subgenre has taken music into a different level. Technology is evolving just like music back then. Considering that New Wave was the Pop Music between the late 70’s and the 80’s, bands like The Smiths and Sex Pistols, they’ve given us a fair amount of New Wave Music, but the popularity of this subgenre had inevitably ended.

No one really knows what happened to New Wave, and we all know that new things are being introduced and then thrown into our faces until something new again comes and demand its own presence…

“Grunge (sometimes referred to as the Seattle sound) is a subgenre of alternative rock and a subculture that emerged during the mid-1980s in the Pacific Northwest U.S. state of Washington, particularly in Seattle, and nearby towns.”

Nirvana, Pearl Jam, Stone Temple Pilot, Alice in Chains, Mother Love Bone and Soundgarden (etc…). Grunge is without a doubt one of the most classic rock subgenres that gave us the chills and the time to enjoy rock music up until to this day. I bet, you all know the bands I’ve mentioned here.

But due to some circumstances, something killed off this genre, (but no worries, we still have Nickelback.)

“Hair metal (also known as Glam metal and often used synonymously with pop metal) is a subgenre of heavy metal which features pop-influenced hooks and guitar riffs, and borrows from the fashion of 1970s glam rock.”

Just like any other genres, hair metal was killed off by record companies (In my opinion) . Most of the unforgettable history in rock are caused by Hair Metal bands, like Twisted Sister, (who also took the fight for Metal Music to be established).

Hair Metal bands are definitely one of the most influential in today’s rock music and most songs of these bands are still known today. Like any other thing, music also changes. But it makes you wonder why, that something that died is still alive today… (I’m also confused)…

“A rock music genre that was developed in the early to mid-1970s in the United Kingdom.”

A genre that is controversial, but why is it controversial? This is the only genre that don’t sell-out, you don’t hear it pretty often that there’s a genre like this one. Where a band that doesn’t like to play in big arenas or stadiums, that only settled for pubs or small bars. Mainly the reason why they are called Pub Rock.

Why did this genre die out? We all know why. It never came close to being successful and some of the bands used to be in this genre are now popular and have forgotten where all they came from…