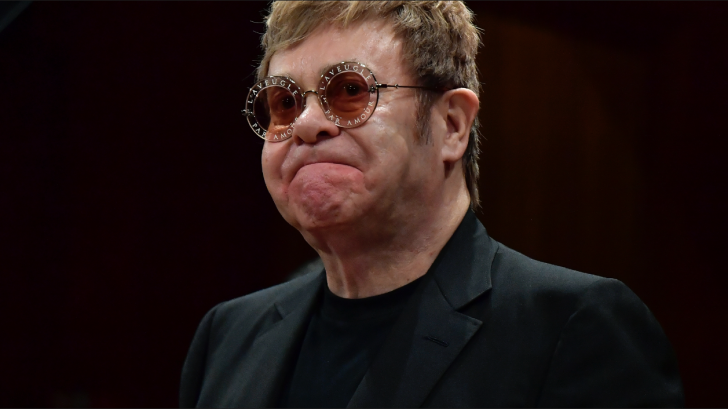 John Gearing Up For New Chapter Of His Career

They say that if you want something done right, do it yourself – so leave it to Elton John to do just that.

In the midst of the chaos of his sold out farewell tour and gearing up for the May release of Rocketman, John, 71, is quite literally embarking on a brand new chapter of his life with the release of his very first autobiography.

The news, announced via John’s official Twitter account, came over the weekend and in it, he explains a bit of his motivation behind the book’s release – namely, the fact that allowing others to tell his story sometimes results in something a little less than truthful.

“Here I am in my favorite bookshop, John Sandoe in Chelsea in London,” John said in the video. “And I just wanted to tell you that I have a book coming out, which is my first autobiography. I can’t wait for you to read it, because it’s the truth, and so many books that have been written about me haven’t exactly been truthful. I can’t wait for you to see what I have to say about my life.”

My life has been one helluva roller coaster ride and I’m now ready to tell you my story, in my own words. My first and only official autobiography will be released October 2019.

The book, which for now remains untitled, is due to arrive in October of this year and comes hot on the heels of the release of Rocketman, John’s long awaited biopic starring Welsh actor Taron Egerton as John. Understandably, a film that will likely only run a max of two hours can only tell so much about Elton’s life – especially since it will largely focus on the early days of his career.

John’s first autobiography will no doubt allow him much more freedom to get down to the nitty gritty of his life – from his sometimes stormy relationship with his mother, Sheila Farebrother, to his sexuality and his private life with husband David Furnish.

One thing’s for sure, though: it won’t be boring.

“My life has been one helluva rollercoaster ride and now I’m ready to tell you my story, in my own words,” promised John in the caption of his Twitter announcement. Needless to say, we’re looking forward to it; known for being as brutally honest when it comes to the facts of his life as he is when it comes to writing music, John’s story is sure to be every bit as juicy as one can imagine and you can believe we’ll be lining up to grab our very own copies when it arrives later this year!

While the book doesn’t arrive until the tail end of the year, it’s already available for pre-order – so be sure to get on it ASAP, because you definitely do not want to miss out on the magic!