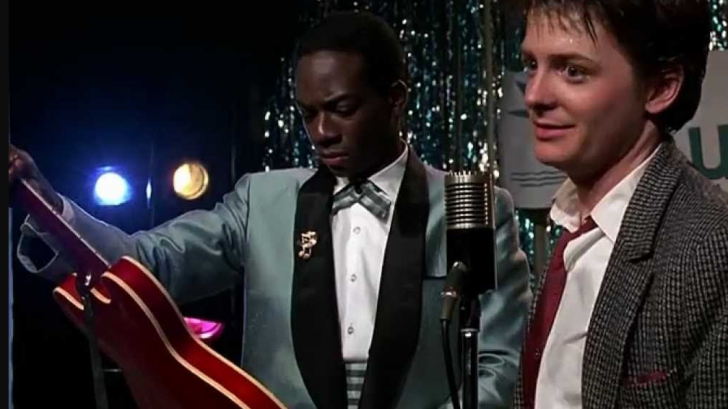 When a music group appears in a movie, we think… Is it a new formation or a cameo of a real band? With regard to these five that we collect here, they are without a doubt the first options. These fictional bands of the seventh art are so original and funny that whenever we see them, we wish they came true. Some even released a record! Do you remember anyone?

The Wyld Stallyns are one of the greatest bands of all-fictional-time, not because of their artistic influence, but its societal impression as well, reinforcing connections among societies and promoting communication with extraterrestrial life (including Martians).

We saw them in ‘Almost Famous’, a film that wants to be a tribute to the rock of the 70s. Director Cameron Crowe used his own experience as a journalist to portray a fictional band known as Stillwater, whose actors had for weeks rehearsing four hours every night to look like a real rock band.

3. Marvin Berry And The Starlighters

The first ‘Back to the Future’ film invented the birth of rock and roll. Marty McFly (Michael J. Fox) replaces the guitarist and singer of The Starlighters, Marvin Berry, at his parents’ prom, who when he hears the young man’s interpretation of ‘Johnny B. Goode’, calls his brother Chuck. That’s it: Chuck Berry! Everything is a nod to reality, but always from fiction.

‘This is Spinal Tap’ (1984) presented us with a disastrous fictional band that wanted to be a parody of those ‘hard rock’ bands of the 70s, their eccentricities and, at the same time, musical documentaries as a genre film. It was the directorial debut of Rob Reiner (‘The Princess Bride’, ‘Count on Me’) and one of the funniest ‘mockumentaries’ of all time. The group, Spinal Tap, became so famous that they went on to go on concert tours.

Can the Blues Brothers be considered a fictional musical group? Indeed, the film ‘Rogues at full speed’ (1980) was a fiction in all rule, and the duo was born under the cover of the Saturday Night Live program as a comedic performance. Now, seeing the success, they decided to take it further and become a reality: they released albums, gave concerts, filmed more movies.  Dan Aykroyd and John Belushi surpassed the ‘fictional’ label.