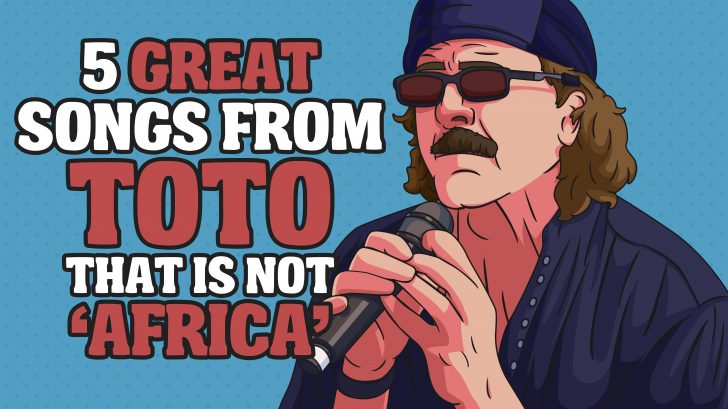 Are You Fed Up With Toto’s Africa? Well, I Got You Covered

Well, Toto’s Africa is one hell of a song, but there are many great songs under their sleeves, and these songs don’t talk about the rains down in Africa, but, of course, we do love rains, and Toto’s Africa, still we need more from them.

Toto since they started their career, all they managed to do are soft-rock ballads that talks all about love, be it a love for Africa, a woman, or something else. In support of Toto’s other music that is not Africa, keep going for the list below:

Well, repeating your woman’s name over and over again is the most romantic thing ever. Rosanna hit the number two spot on the Billboard Hot 100 in 1982 and even won a Grammy for Record of the Year in 1983.

Drummer Jeff Porcaro thought about the ballad: [It has] your heavy metal chord guitar licks, your great triplet A-notes on the piano, your Sly-hot-fun-in-the-summertime-groove, all mishmashed together with a boy from New Orleans singing… it really crossed over a lot of lines.”

The song was released as a debut single in 1978, and if you know this phrase; “Hold the line, love isn’t always on time,” then you have to thank Toto for it.

Written as a tribute to 1971 science-fiction THX 1138, a film directed by George Lucas. Though it was successful enough, Steve Lukather hated the idea that it was ever composed.

I Won’t Hold You Back

One of the classic power ballads, that is filled with an emotionally-charged guitar solo by Lukather.

And they managed to feature Eagles’ bassist Timothy B. Schmit as a backing vocal on the chorus.

The song’s opening intro is a testament and embodiment of the 80s iconic theme sound.

Stop Loving You was released in 1988 and it is filled with metaphors about love and is making you feel like you are in the 80s. It features backing vocals by Yes frontman Jon Anderson. How’s that for a guest singer.