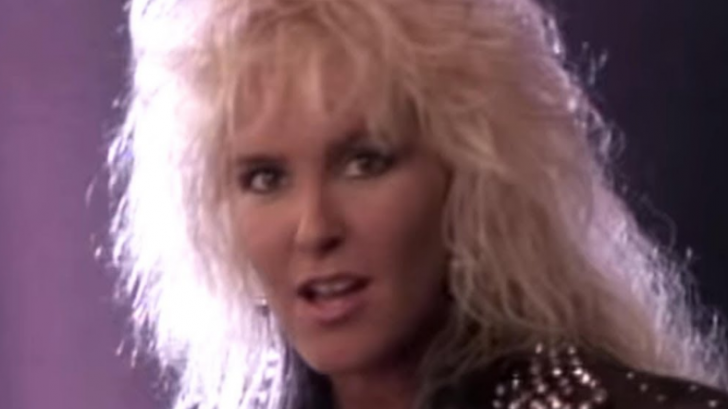 For this elaborate selection that these 5 Greatest Female Hair Rock Bands of the 80s gather and add several characteristics and different factors such as quality (especially compositional and interpretive), historical scope, charisma, creativity, impetus, attitude and rock and roll mentality.

The band played at locations in L.a. including FM Station, Club Lingerie, Whisky a Go Go, and The Roxy. Precious Metal’s prominence attracted them to the notice of prominent KROQ radio radio dj Rodney Bingenheimer, who featured their songs on his radio show. Shortly after, Russ Regan, the director of Polygram Records, acquired the group, and Precious Metal issued their debut album Right Here, Right Now on Mercury Records in 1985.

The Nymphs were an alternative rock group from the late 1980s and early 1990s led by Inger Lorre. Geffen Records signed the group, and they issued their single album in 1991. The Nymphs were famous for their raucous theatrical acts and their disdain for record labels. The group disbanded in 1992. Inger Lorre (Vocals), Geoff Siegel (Guitar), Sam Merrick (Guitar), Cliff Jones (Bass), and Alex Kirst make up the band (Drums).

Sandi Saraya, a New Jersey native, provides excellent female vocals for this catchy and refined mainstream rock band.
The band was founded in New Jersey by vocalist Sandi Saraya and keyboardist Gregg Munier, and they first toured under the name Alsace Lorraine. They changed their name to Saraya and relocated to Los Angeles in the hopes of making it huge. Unfortunately, the time spent in L.A. was brief, and the group came back home penniless and disheartened. Sandy Lizner, the group’s mentor and collaborator, introduced them to management and the major label executive who would subsequently sign them.

These girls started their career in 1981, in Los Angeles, California. Their soft hard rock sound —forgive the redundancy— and pop-metal, helped them sign a contract with EMI. Made up of Janet Gardner —vocals and guitar—, Jan Kuehnemund —guitar—, Share Pedersen —bass— and Roxy Petrucci —drums—, the band broke up in 1991 due to the heyday of cruder bands like Nirvana or Pearl Jam; Hardly anyone listened to the bands of the ’80s anymore. They came back in the late ’90s with a new studio album and a compilation album, and then split up again. In 2006, they released their fourth album and, in 2008, a live compilation recorded in Sweden.

Lita Rossana Ford, popularly known as Lita Ford, is a British-born American guitarist, vocalist, and songwriter who was the lead guitarist for the hard rock band The Runaways, in the late 1970s. Their rebellious, punk sound the lyrics helped them get noticed in the rock world. The band failed to achieve major success in the United States, but gained widespread popularity abroad, especially in Japan. After the band broke up in 1979, Ford embarked on a successful solo career in heavy metal.