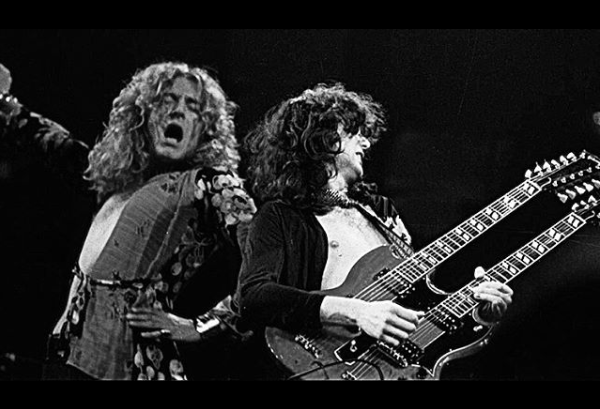 Jimmy Page, the man who formed one of the legendary bands of all time, Led Zeppelin was a revolutionary guitarist and was the only one who could have done what he had done for his band and their music. Below we look at the 5 Guitar Solos Only Jimmy Page Can Do:

The most impressive work of the band, and probably the greatest song ever created (despite the legal issues, if you know what I mean). The studio recording of the song is already incredible but the live version from their Earls Court performance in 1975, Jimmy Page performance was one of its kind, from impressive to a beast guitar solo.

2. Since I’ve Been Loving You

Led Zeppelin were also romantic, and they showcased it on this song, but what made this song incredibly amazing was the guitar solo of Jimmy Page, it’s the definition of a work of art! The passion of playing the solo he put on this song was nothing short of awesomeness — it’s flawless, intense, and legendary.

This song was one of those masterpieces that brought rock n’ roll to life, and Jimmy Page showcased how efficient he was. Lots of musicians were so envious that they had to cover this song, but they can’t get the right formula, including Pagey’s guitar solo.

The band put their hearts out for this song, as this song was regarded as one of their finest works! Everything they did was pure genius, and Pagey’s guitar solo was so incredible that it tempts you to press the replay button every time.

The list will not be complete if we’re not going to include Black Dog! One of their rocker hits! Jimmy Page riffs were so clever that Robert Plant had to sing the lines after the riffs, but Pagey, of course, saves the best for last, the monstrous guitar solo.