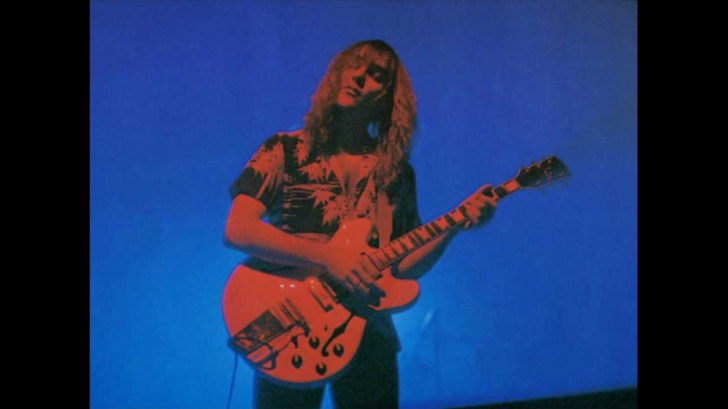 The guitarist-extraordinaire Alex Lifeson created out his own worthy and unforgettable niche in the pantheon of guitar legends. In a band recognized for its complex detail and complicated musical landscapes, Lifeson’s guitar work is the paintbrush that creates the picture.

Below are the 5 Guitar Solos That Made Alex Lifeson’s Legendary Status With Rush:

“I love the elasticity of the solo,” Lifeson told Gibson.com “It’s a very emotional piece of music for me to play. The song is about loneliness and isolation, and I think the solo reflects that. There’s a lot of heart in it. Even now it’s my favorite solo to perform live. I never get tired of it.”

From Rush’s 1981 Moving Pictures album, “YYZ,” which takes its title from the identification system for the Toronto Pearson International Airport (Rush’s hometown), is an instrumental track that allows all three members to shine. Lifeson’s solo, in particular, is a beautiful winding, makes you nearly abnormally dancing. It’s crazy!

Regarding his solo on “Freewill,” Lifeson told Gibson.com “It’s a really hard solo to play. I think I feel a certain amount of pride in that fact alone. Every time I play it, I’m amazed I got through it. It’s so frenetic and exciting… Recording it, I didn’t have anything planned; I was just responding to what the other guys did. Basically, I was just trying to keep up! But I think it worked out pretty well. I’m rather happy with it, and I can usually find fault with everything I do.”

From 1980’s Permanent Waves album, Lifeson gives to the rock experience one of the most incredible, unique, and lasting opening riffs in the annals of rock. The riff itself justifies inclusion on this list, but the coating on this Rush pastry is Lifeson’s yelling and screeching Wah-fueled solo that pushes the song home. Technically, the entire song is a guitar solo.

This time we have the joyous moment to return to the town of the rock hemispheres that the legendary Canadian trio RUSH visited during the conception, recording, and production of their sixth studio album. The final point of the album is really monumental and it cannot be otherwise when we refer to the instrumental of little more than 9 ½ minutes ‘La Villa Strangiato’. The multipurpose structure of this very ambitious piece translates into a great journey through various passages where what predominates is rock punch but where it is committed to the tireless assembly of diverse atmospheres and even openly contrasted with each other. From the intro to the end defines a guitar, bass, and drum solo.