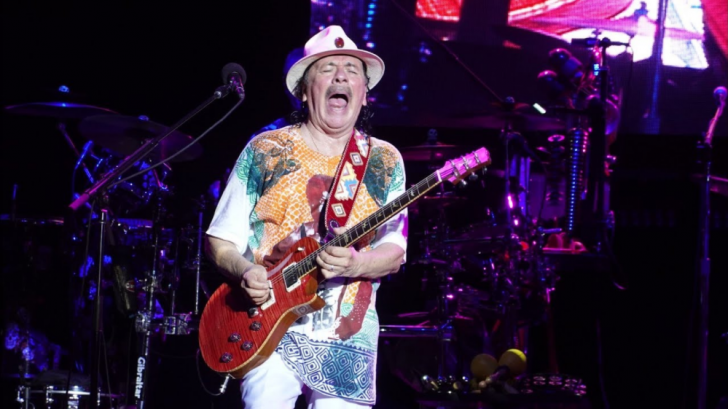 He is considered the 15th best guitarist of all time, according to Rolling Stone magazine. Santana has sold more than 90 million albums worldwide counting sales with his former band and his solo career.

Santana’s work has marked the history of music and has inspired thousands of musicians around the globe. Below are the 5 Guitar Solos That Made Carlos Santana’s Legendary Status:

It was originally included in the album Amigos and catapulted Carlos Santana beyond the rock scene, towards the European jazz festivals of the late 70s. It represents, perhaps, his best moment after the separation of the original band.

Samba Pa Ti an instrumental song full of feeling with which Carlos Santana wanted to express his uniqueness and identity as a guitarist and artist.

It was the first great success of the band formed by the musician. It is included in his first album “Santana” also known as “the lion’s disk”, due to the drawing he used on its cover.

In 1999, Santana got together with old friends, like Eric Clapton or Dave Matthews, to shape his album Supernatural. This song topped the charts for three months and became the most awarded of his career.

They say that Santana’s version far surpasses the original Fleetwood Mac song, as it added a bit of mystery and Latin flair. The guitar solo of Santana also defines the song from the original even more.