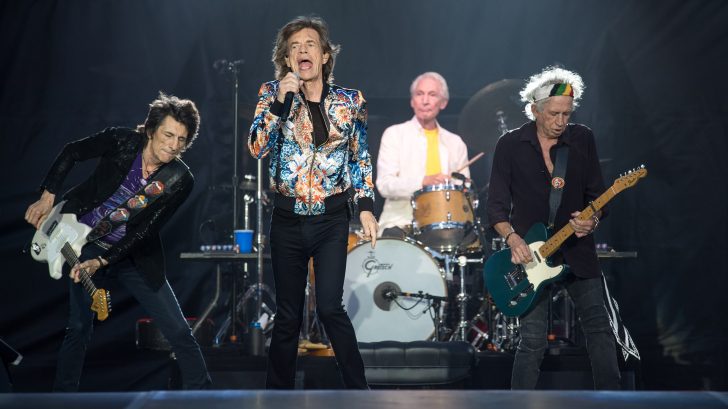 Mick Jagger, the lead singer of the Rolling Stones, loves to dance. Haven’t you noticed? It was noticed by the group Maroon 5 when they released ‘Moves Like Jagger’. Vocalist Adam Levine said there was “something” in how Jagger moves. More than 50 years have passed and Mick Jagger continues to dance with the Rolling Stones, one of the best bands in the history of music. So we used this opportunity to make a list of 5 Incredible Videos Showing Off Mick Jagger Dance Moves:

Mick Jagger moves, dances, and goes wild in this video. The lead singer of the Rolling Stones appears with silver pants that do not leave much to the imagination with those movements.

This time the Rolling Stones frontman joined David Bowie, whom he convinced to dance as well. This song written by Marvin Gaye, William ‘Mickey’ Stevenson and Ivy Jo Hunter and popularized by Martha and the Vandellas Motown helped for a specific cause: Live Aid, 1985. In the video, both Mick Jagger and David Bowie show that they know move very well.

Although the title of the song caused much controversy at the time (so much so that the Rolling Stones have not played it since 1976), in the video, Mick Jagger dancing is a gem. The vocalist even joins Billy Preston to accompany him to dance.

Forget about the beginning of the video and it goes up to minute 3:15. It seems like Mick Jagger is possessed with the sounds of guitar, drums, and bass with this Rolling Stones song.

Keith Richards referred to this Rolling Stones song as “one of the fastest. Despite this little ‘problem’, Mick Jagger doesn’t seem to care, and he always dances and moves.