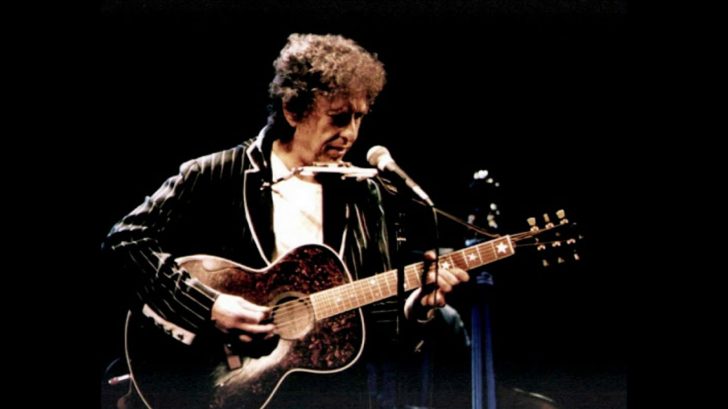 Blood On The Tracks is one of Bob Dylan’s most successful and important works. Written in the process of the traumatic divorce of his wife Sara Lowndes, the whole album is marked by a melancholic, bitter, and regretful tonality such as the song, ‘Idiot Wind’.

Compositions of the caliber of “Idiot Wind” exhibit the lyrical and musical talent of a poet full of hopelessness, pain, and anguish, very well transferred to the grooves of this essential album.

“From the Grand Coulee Dam to The Capitol” Line

The line shows the range of the United States. The Grand Coulee Dam is located in Washington State, while The Capitol is on the other side of the country in Washington, D.C. The line is too a greeting to Woody Guthrie, who penned a tune titled “Grand Coulee Dam.”

Dylan revealed that “Idiot Wind” is the expression of willpower. He explained to Jonathan Cott, “With strength of will you can do anything. With willpower you can determine your destiny.”

“What’s good is bad, what’s bad is good,” maybe, possibly a reference to Isiah 5:20: “Woe to those who call evil good and good evil, who put darkness for light and light for darkness, who put bitter for sweet and sweet for bitter.”

Bob Dylan Denied That This Song Is About His Divorce With His Then-Wife, Sara

“That was a song I wanted to make as a painting,” he said. “A lot of people thought that song, that album Blood On The Tracks, pertained to me. Because it seemed to at the time. It didn’t pertain to me. It was just a concept of putting in images that defy time – yesterday, today, and tomorrow.”